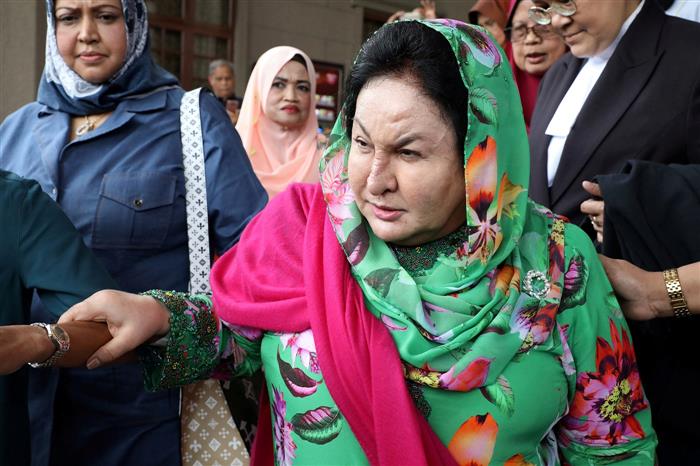 The court denied the defendant’s last petition for the disqualification of a judge presiding over the trial and found Mansor guilty of three episodes of corruption, according to The Star news agency.

All the episodes reportedly took place during the implementation of a program to install equipment for the use of solar energy in 369 rural schools in the Malaysian state of Sarawak. The program costed at 1.2 billion Malaysian ringgit ($279 million), which was financed by state-owned enterprises linked to the 1MDB fund, the media outlet reported.

As a result of the court hearing, Mansor received 10 years in prison for each of the corruption episodes, with a real serving of a 10-year sentence, according to the news agency. She is also obliged to pay a fine of 970 million Malaysian ringgit. If the amount is not paid, 70-year-old Mansor will have to serve the entire 30 years in prison, The Star reported.

The defendant can challenge the verdict in the Court of Appeal. In this case, during the proceedings, Mansor will be temporarily released on bail, which she has been on since her arrest.

On August 23, Malaysia’s highest court sentenced Razak to 12 years in prison also in a case of embezzlement from the 1MDB fund, after which the former prime minister was taken to the Kajang Prison in the state of Selangor.

Billion-dollar embezzlement from the 1MDB fund was investigated by law enforcement agencies in more than 10 countries. It marked the largest political scandal in the Malaysian history. As a result, a government coalition that had ruled the country since independence from the United Kingdom lost the general elections in 2018 for the first time. The former prime minister and his wife were arrested shortly after the elections.