Why two Indians disappeared in Kenya 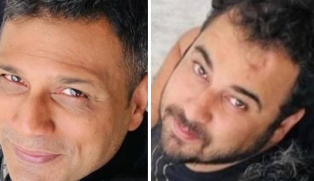 Nairobi: Two Indian tourists and their local driver disappeared in this Kenyan capital on a July night. More than two months later, nine policemen have been arrested in connection with the case, which India says it is “closely watching”.

The BBC pieces together the mystery and highlights the many unanswered questions.

In one of his last social media posts, before he disappeared, Zulfiqar Ahmad Khan shared a video of a roaring lion in Kenya’s Maasai Mara game reserve where he had been holidaying.

His friends described him as a “keen sportsman, a foodie, an avid traveller and explorer” and a cricket lover.

After quitting his job in June, Khan travelled to Kenya for a month. His Facebook and Instagram feeds were filled with pictures and videos of his time in the country: breakfasts in Nairobi, and afternoons in game parks.

Four days before he disappeared, he called up friends and sounded excited about exploring Kenya.

One of them was Rajiv Dubey, a Delhi-based marketing professional, who had known him for 24 years. “He sounded very happy. He had spoken to some of his friends just days earlier and talked about wildlife at length and advised them to visit this ‘lovely’ place,” the BBC quoted Dubey as saying.

Khan told friends he would return home on July 24 and that he also wanted to come back to Kenya to witness the annual “Great Migration” — when more than a million wildebeest and herd animals migrate to the rolling grasslands of Maasai Mara.

On the night of July 22, Khan vanished, along with another Indian man and a Kenyan driver.

The second Indian was Mohammad Zaid Sami Kidwai, 36, who had also come to Nairobi on a tourist visa. He hailed from the northern Indian city of Lucknow and lived in Dubai, the BBC said.

Media reports in Kenya described him as an “information and communication technology expert” who led a “private life”.

In a letter to the Indian High Commission in Nairobi in July, his wife Ambreen Kidwai said her husband had been visiting Kenya since February for tourism.

She described Khan as her husband’s friend and said both of them had stepped out of the Nairobi hotel they were staying in and headed to a bar at 10.45 pm on July 22.

Kidwai’s wife said she had “texted” her husband close to midnight asking when he would return. He texted back saying he would leave the bar in “15 minutes”, the BBC reported.

She nodded off soon after. When she woke up at 3 am, she found that her husband had not returned, she said.

She called her husband’s — and the driver’s — phone, but both seemed to be switched off. She checked with “mutual friends” in Nairobi but the two men were not with any of them.

The next day, the wife went to the police and reported her missing husband and Khan. She also went to the bar and sought the CCTV footage — it showed the two Indians leaving the place close to one in the morning and getting into a Toyota sedan.

She also identified an abandoned car that the police had found as the one in which her husband and Khan were travelling.

In Mumbai, Khan’s worried friends said there was “complete silence” after July 21 — no social media updates, no phone calls — and “what worried the friends the most — our WhatsApp (messages) weren’t showing as received”.

With the police in Kenya appearing to be making no headway and after waiting for 70 days, friends launched a petition seeking Indian Prime Minister Narendra Modi’s help in finding Khan — it has been signed by more than 10,000 people so far, BBC said.

Quoting officials, the local media reported that the two Indians were in Kenya to help the election campaign of William Ruto, a charismatic 55-year-old politician who was sworn in as the country’s fifth President in September, following a narrow win.

The Indians went missing together with their local driver Nicodemus Mwania soon after being picked up by police in Nairobi, reports said.

Nearly three months later, Kenyan police claimed to have made headway: nine policemen have been arrested since October 21 in connection with what they believe is an incident of kidnapping and murder of the three men.

The policemen were part of an elite squad called the Special Services Unit that was disbanded by President Ruto last week for allegedly carrying out extrajudicial killings and disappearances of suspects over several years, according to Kenya’s Internal Affairs Unit, which investigates complaints against policemen, the report said.

Human rights groups say their independent investigations have linked the squad and other police units to the death of more than 600 people over the past four years. Some of the bodies were later recovered in rivers in western and northern Kenya.

The suspects in the case of the missing Indians include a chief inspector of police, a corporal and police drivers.

According to an affidavit filed by the police in the court on Monday, the taxi carrying the Indians was forcibly stopped by a group of men travelling in a Subaru vehicle on a Nairobi road, the BBC reported.

The Indians and their driver were then abducted and driven in another vehicle to the Aberdare forest, some 150 km from the city, where they were allegedly killed and “their bodies were dumped”.

The affidavit talks about at least four suspects, including one man who had planned a similar abduction of three other people in Nairobi.

A search in the forest last week yielded nothing apart from a few “clothes and other items”, which would be sent for DNA examinations, the police told the court. A local newspaper reported that “bones and belts” were also found at the spot, but this could not be verified independently, the BBCt said.

The police said the kidnapping of the Indians and their driver was a “multi-agency operation between the Directorate of Criminal Investigation (DCI) and other security agencies”.

The two Indians were in Kenya for “business and commercial purposes,” according to the police.

But the family and friends of Khan strongly deny that he was in Kenya for business. Kidwai also said in her letter that her husband was there as a tourist.

However, Dennis Itumbi, a consultant who ran the digital campaign for President Ruto, said the two Indians had “indeed assisted” in the social media campaign.

Ahmednassir Abdullah, the lawyer for the Indian families, told me: “They were helping one of the presidential candidates in some small (social) media. I think they were experts on how to make short videos of political rallies. I think both of them did something small, very peripheral (to the campaign).”

The police say they need to carry out “further investigations and gather more confirmatory evidence” to link the suspects to the disappearance of the three men, the BBC report said.