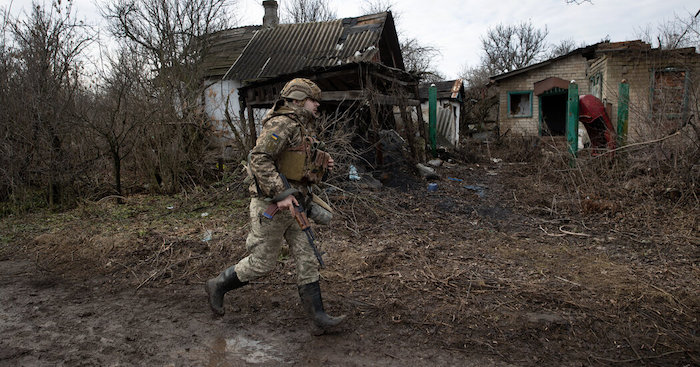 Moscow/New Delhi: Russia on Saturday said that Western countries, including UK, Denmark, Latvia, Poland and Croatia, have officially allowed their citizens to participate in the war in Ukraine.

According to a statement by the Russian Embassy in New Delhi, the US has launched a large-scale campaign to recruit private military outfits such as Academi, Cubic and DynCorp.

The French Foreign Legiion also plans to send ethnic Ukrainians. A number of fighters are expected to come from Germany, it said.

In total, according to Ukrainian President Zelenskyy, around 16,000 foreign fighters are expected in Ukraine. About 200 mercenaries from Croatia have already entered the country through Poland and joined “uncontrollable nationalist units” in the South East of Ukraine, it said.

Using Javelin and NLAW anti-tank weapons, as well as Stinger portable air-defense systems foreign fighters commit provocations as well as sabotage and raids on the Russian transport, trying to disrupt the evacuation of the wounded and the supply of ammunition.

Some of them “represent neo-Nazi organizations” of their countries, it alleged.

“Mercenaries of all kinds are not combatants under international humanitarian law and are not entitled to prisoner of war status. The best thing that awaits such people upon arrest is criminal prosecution,” it added.