Watching developments in Afghanistan, ready for ‘misadventures’ of ‘another neighbour’: Army Chief

Speaking at the Annual Session Meeting of the PHD Chamber of Commerce and Industry, the Army Chief also talked about facing the dual challenge of the COVID-19 pandemic, along with facing insurgency, and tension along the northern borders. 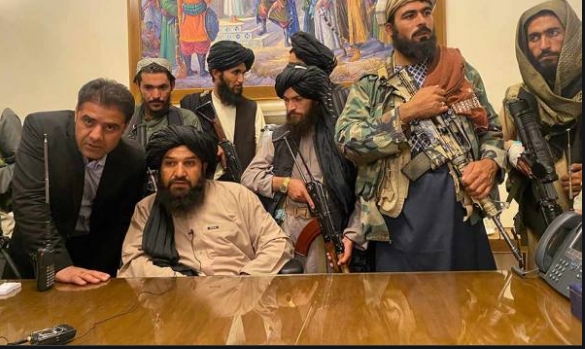 New Delhi: The developments in Afghanistan are being watched closely by India, and it is also prepared to face any “misadventure” by “another neighbour” with whom a border dispute is going on, Army Chief General MM Naravane said here on Thursday.

Speaking at the Annual Session Meeting of the PHD Chamber of Commerce and Industry, the Army Chief also talked about facing the dual challenge of the COVID-19 pandemic, along with facing insurgency, and tension along the northern borders.

Asked about the impact of the Afghanistan situation on India, the Army Chief said, “Developments in Afghanistan have been the focus of our attention, the Armed Forces continue to carry out threat perception, and based on that we have formulated strategy and doctrine.”

On the threat of rising in terrorism-related activities, the General said India is ready to meet all challenges.

“We have a dynamic counter-insurgency grid, it is based on the threat perception from our western neighbour to push more and more terrorists, based on ups and downs we calibrate our operations,” he said in an apparent reference to Pakistan.

Indicating towards China, he said: “As far as another neighbour is concerned, we have border issues… We are prepared to meet any misadventure that may occur.”

He added that such incidents would occur as long as border issues are not settled and that is the long term effort.

“Such kinds of incidents will continue to occur till such time a long term solution is reached, that is to have a boundary agreement. That should be the thrust of our efforts so that we have lasting peace along our Northern borders,” he said.

General Naravane said the pandemic period has been a “highly challenging and sensitive period”.

He said the Armed Forces faced challenges because of the COVID pandemic, along with the “operation situation”.

“Developments along the LAC in eastern Ladakh added to the ongoing challenges along our western and eastern borders,” he said.

“Unprecedented developments required large scale resource mobilisation, orchestration of forces, and immediate response, all during the COVID times. There was also a need to reinforce efforts of the government in mitigating the ongoing health crisis,” he said.

He said all three services had their own challenges, and also mentioned the evacuations carried out by the Indian Air Force and Indian Navy when the pandemic started.

“Because of our peculiar environment of contested borders and proxy war in the hinterland in J&K, the Indian Army is inactive operations throughout the year safeguarding our territorial integrity, maintaining high levels of readiness and preparedness to meet all contingencies.

However, challenges during the COVID pandemic were unprecedented. We had to protect ourselves, only then could we discharge our duty to help others,” he said.

He said strict force preservation measures were undertaken in the initial days of the pandemic even though there was no dilution of our ongoing operational commitments.

He also mentioned the efforts of the forces during the second wave and lauded the IAF and Indian Navy for transporting oxygen cylinders, oxygen generators and medicines wherever they were required.

He said that the Army started several COVID centres, and several Army hospitals were opened to the public. Armed forces doctors and veterans also joined online platforms to offer consultations.