US will not opt for immediate military action against Russia in Ukraine: Expert

"For now the US along with the West would allow Russia to capture Ukraine, but launch a military action after a year. 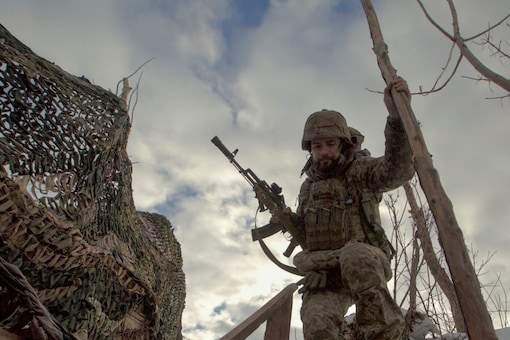 Bengaluru: A Bengaluru-based defence expert on Thursday said the US along with the West would not opt for an immediate military action against Russia, which launched an all-out invasion of Ukraine, as the American forces are stationed in the Pacific to protect Taiwan from a Chinese invasion.

“For now the US along with the West would allow Russia to capture Ukraine, but launch a military action after a year.

Right now, they will be satisfied to impose severe economic sanctions against Russia,” Defence Expert and Commodore GJ Singh Master Mariner told this news agency in an interview here. An immediate military action against Russia will not be advisable for US President Joe Biden, especially after he faced heavy criticism for mishandling the Afghanistan situation that gave a free hand for the Taliban to take over the country and unleash mayhem on the local people, Singh argued.

“If Biden decides to launch military operations in Ukraine against Russia, then he will have to redeploy a major chunk of the American forces stationed in the Pacific protecting Taiwan from Chinese attack. This is the reason why Biden is against putting boots on ground in Ukraine. The Chinese are ready to swallow Taiwan. Biden does not want to face another flak after facing it for mishandling Afghanistan pullout,” he said.

Knowing Biden’s stakes in the Pacific, the Russian President Vladimir Putin has played his game smartly and Russia launched an all out invasion of Ukraine by land, air and sea, the biggest attack in Europe since World War II, Singh said. The biggest question facing the rest of the world is how the West is going to tackle the situation because they are also not naive in war games, he said.

“The West has huge experience in war games from first to second world wars; from Vietnam and Korea to Afghanistan. So, it will be interesting to watch how the West and America tackle Russia in Ukraine,” he said.

Earlier, Ukraine reported columns of troops pouring across its borders into the eastern Chernihiv, Kharkiv and Luhansk regions, and landing by sea at the cities of Odessa and Mariupol in the south.

Explosions were heard before dawn in the Ukrainian capital Kyiv. Heavy gun firing was witnessed near the main airport and sirens blaring across the city. Justifying the invasion of Ukraine, Putin in a televised address said he had ordered “a special military operation” to protect people, including Russian citizens who had been subjected to “genocide” in Ukraine.