US treachery on Taiwan question only to hurt its national credibility: China

Wang stressed that the one-China principle is the consensus of the international community, the political foundation of China's exchanges with other countries 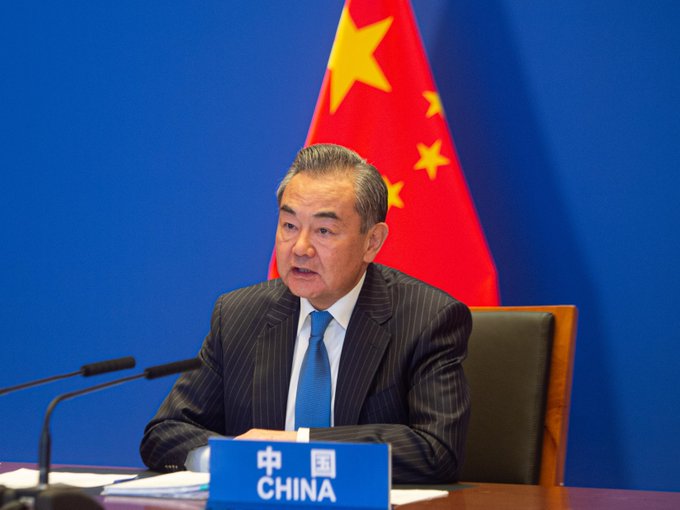 Wang made the remarks at a briefing after he attended a meeting of the Council of Foreign Ministers of the Shanghai Cooperation Organization and paid a visit to Central Asia.

Wang stressed that the one-China principle is the consensus of the international community, the political foundation of China’s exchanges with other countries, the center of China’s core interests, and the red line and bottom line that cannot be crossed.

Some in the United States are constantly challenging China’s sovereignty on the Taiwan question, hollowing out the one-China policy and even deliberately stirring up troubles in the Taiwan Strait, he noted.

The Chinese people will never accept this and the international community also scorns such groundless provocation, he told reporters.

During his visit, Wang said that leaders of all countries have made it clear that they firmly adhere to the one-China policy, believe that Taiwan is an inalienable part of China’s territory, and oppose external interference in China’s internal affairs on the Taiwan question.

This once again shows that the one-China principle is what the international community wants and adhering to the principle is a general trend to follow, he said.

It is shameful that the United States breaks faith with its promise on the Taiwan question, which will only lead to the bankruptcy of its national credibility, Wang underlined.

Some U.S. politicians only care about their self-interests, blatantly play with fire on the Taiwan question, make themselves enemies of the 1.4 billion Chinese people, and will definitely end up in no good place, he warned.

The bullying deeds of Washington have been exposed to the world and made people of all countries see more clearly that the United States is the biggest destroyer of peace today, Wang added.