"If talks do not result in a return to the nuclear agreement, such technical discussions could still contribute to achieving our non-proliferation goals." 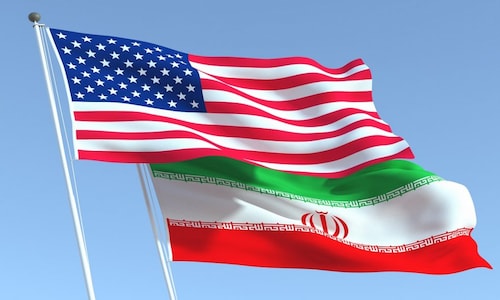 Washington: The Biden administration restored a sanctions waiver for Iran that is meant to ensure compliance to nuclear commitments as stakeholders enter the final weeks of negotiations to revive the Joint Comprehensive Plan of Action (JCPOA), a senior State Department official told Sputnik.

“[T]he technical discussions facilitated by the waiver are necessary in the final weeks of JCPOA [Joint Comprehensive Plan of Action] talks, and the waiver itself would be essential to ensuring Iran’s swift compliance with its nuclear commitments,” the official said on Friday.

“If talks do not result in a return to the nuclear agreement, such technical discussions could still contribute to achieving our non-proliferation goals.”

With respect to the sanctions waiver, it will allow third parties to have more detailed technical discussions related to disposition of stockpiles of enriched uranium in Iran and other non-proliferation activities, the official said.

The Trump administration rescinded the sanction waiver in May 2020, which allowed British, Chinese and Russian companies to facilitate nonproliferation work at three Iranian nuclear sites, which contained Tehran’s ability to use its nuclear program to build a nuclear bomb.

The sanctions waiver allowed Britain and China to help Iran modify its heavy water reactor at the Arak nuclear facility into a light water reactor in order to prevent the production of enough plutonium needed to build a nuclear bomb.

The sanctions waiver is not a concession to Iran, the official said, adding that enabling nuclear non-proliferation projects and safety projects is crucial to national security interests of the United States, Middle East and the world.

In addition, the official noted that this sanctions waiver is not a sign that the United States and Iran are about to reach an understanding on a mutual return to full compliance of the nuclear deal. Since April 2021, Vienna has been hosting talks to restore the deal.

The eighth round of talks on the 2015 nuclear deal has been underway in Vienna since late December. The parties previously agreed on two drafts of the deal, which included provisions covering Iranian interests. In May 2018, the Trump administration abandoned the deal and reimposed sanctions on Iran, which in response abandoned its commitments under the agreement.

The signatories to the original nuclear accord were the United States, Iran, China, France, Russia, the United Kingdom, Germany, and the European Union. It required Tehran to scale back its nuclear program and drastically reduce its uranium reserves in exchange for sanctions relief, including the lifting of an arms embargo five years after the deal was made.