US rejects role in no-trust motion against Imran Khan

Geo News quoted the State Department as saying, "Allegations of US involvement in the no-trust motion and 'threat letter' to PM Imran Khan are baseless." Islamabad: The US government has rejected allegations of its involvement in the no-confidence motion against Pakistan Prime Minister Imran Khan.

Geo News quoted the State Department as saying, “Allegations of US involvement in the no-trust motion and ‘threat letter’ to PM Imran Khan are baseless.”

It further said that the US government has been monitoring the political situation in Pakistan and they respect the constitutional process. On Wednesday, Imran Khan had shared the contents of a “letter” which he claimed purportedly contained “evidence” of a foreign conspiracy against his government.

He had first informed about the “letter” at the PTI’s power show on March 27 in which he had claimed that there was a conspiracy to over throw his government and that foreign powers and money was involved.

One of the three journalists with whom he shared the contents of the letter said, “Only the content was revealed as the copy of the letter cannot be given. They have also shown it in the cabinet meeting. It is present with the military leadership. Today, all the details were shared with the media through an official in different languages.

“What they shared with us is that this letter is a conversation between Pakistani officials and officials of another country. According to my understanding, that country is America but the government did not name the country. They did not tell the number of officials or the location of the meeting. They said that Europe and the US are not happy with Pakistan’s stance on Russia and Ukraine. However, the Prime Minister did not name the country that had “sent the threat letter”. This comes ahead of the no-confidence motion against Imran Khan on April 3.

London:Britain's top cops admitted Tuesday that police failures were the main cause of the Hillsborough disaster of 1989 when...
World 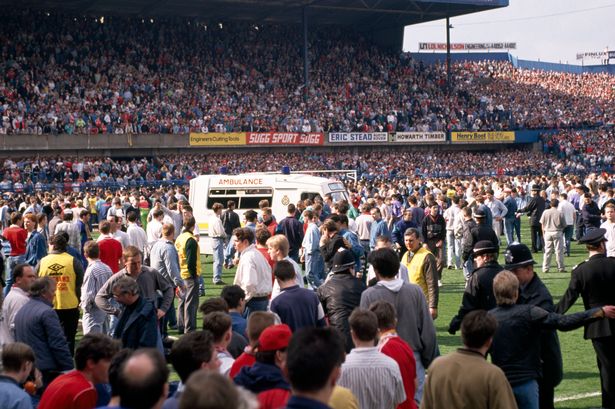