The United States will continue to process several dozens of migrants per day out of thousands affected by the Remain in Mexico policy but after several weeks it will ramp up to 300 per day. 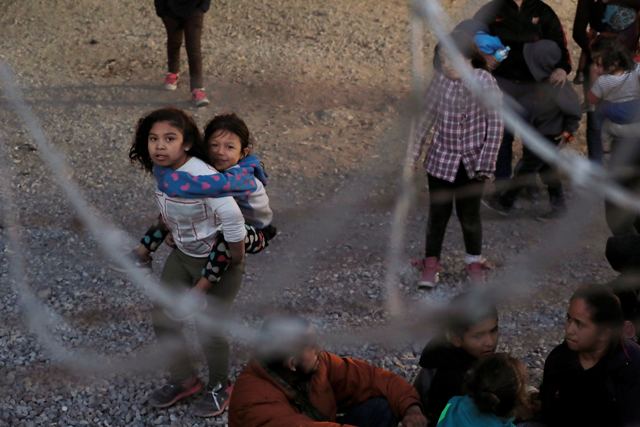 Washington: The Biden administration granted 25 asylum-seeking migrants entry into the United States with assistance from rights groups and attorneys who saw it as a historic moment in ending Trump-era restrictions.
“The first 25 people in MPP via Tijuana have crossed to the United States. This is a historic moment, after over two years of pain, frustration, cruelty, and trauma inflicted upon asylum seekers and refugees,” immigrant rights group ImmDef said in a statement on Friday.
The 25 migrants have been released to hotels in San Diego in coordination with local health officials.
The Jewish Family Service of San Diego praised the Biden administration for starting the process to undo the Migrant Protection Protocols (MPP) program that left asylum-seeking migrants stranded in Mexico while they await hearings for their asylum claims over the last two years.
The Jewish Family Service of San Diego in partnership with the San Diego Rapid Response Network is providing migrants with shelter, free legal services, financial and travel assistance, and case management.
The United States will continue to process several dozens of migrants per day out of thousands affected by the Remain in Mexico policy but after several weeks it will ramp up to 300 per day.
There are currently about 26,000 migrants with active MPP cases who are eligible to be processed in the United States.
Two other ports of entry in Texas will begin processing in the coming days due to logistical and operational factors. Processing in Brownsville, Texas will begin on Monday and El Paso on February 26, the spokesperson said.
President Joe Biden has eased restrictive Trump-era immigration policies and has already directed his advisers to review current US immigration policies. However, his White House has discouraged migrants from coming to the US-Mexico border, warning them that many will be turned away because no proper system is in place yet to process their asylum claims.