The US military on Friday carried out a drone strike in Nangarhar province against an alleged ISIS-K "planner" following the suicide bombing outside Kabul airport. 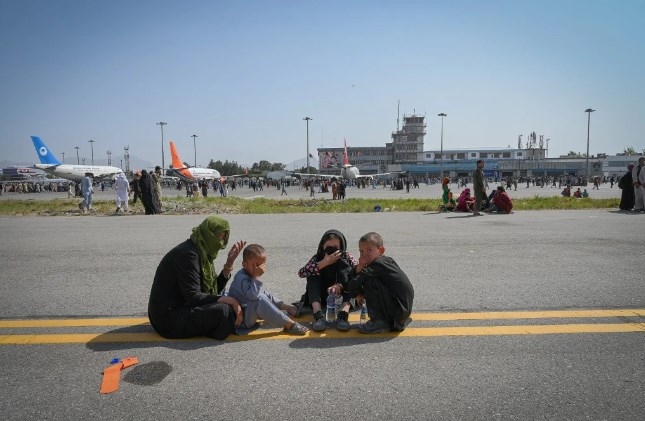 Kabul/Washington: The US Embassy on Saturday issued a fresh security alert asking its citizens gathered at four gates of Kabul airport to leave immediately, even as the US military conducted a drone strike against an alleged Islamic State-Khorasan “planner” following Thursday’s deadly suicide bombing outside the airport.

The US Embassy in Kabul asked US citizens at the Abbey Gate, the East Gate, North Gate and the New Ministry of Interior Gate to “leave immediately”.

“Because of security threats at the Kabul airport, we continue to advise U.S. citizens to avoid traveling to the airport and to avoid airport gates.
“U.S. citizens who are at the Abbey gate, East gate, North gate or the New Ministry of Interior gate now should leave immediately,” it said.

Meanwhile, the death toll in Thursday’s terrorist attack in Kabul rose overnight, with more of the wounded succumbing, and now stands at around 200, according to reports.

The suicide bombing claimed the lives of 169 Afghans and 13 US troops, and left over 150 others injured.

The US military on Friday carried out a drone strike in Nangarhar province against an alleged ISIS-K “planner” following the suicide bombing outside Kabul airport.

“The unmanned airstrike occurred in the Nangarhar Province of Afghanistan. Initial indications are that we killed the target. We know of no civilian casualties,” the official was quoted as saying. The drone hit a vehicle carrying an ISIS-K leader who was believed to be planning to “carry out future attacks.”

It is not clear if the planner was involved in the suicide attack at the Kabul airport Thursday, which killed 13 U.S. service members and wounded 20 others, Fox reported.

The ISIS-K planner was also traveling with an “associate”.
The drone strike took place near the border with Pakistan, the official said.

US President Joe Biden is being attacked from all sides after the deaths of the 13 American service members, with calls for his impeachment and resignation.