White House Press Secretary Jen Psaki, in her media briefing, also said that the US is ready to provide the energy supplies it seeks from Russia. 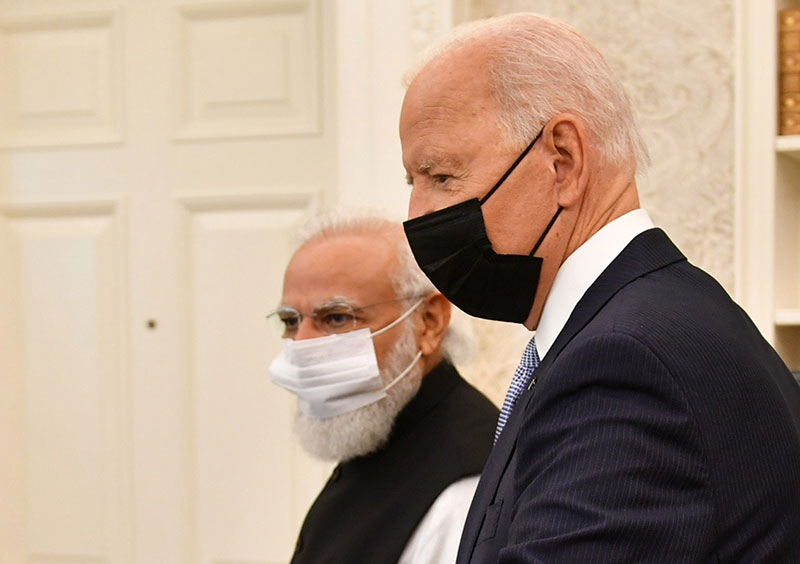 Washington/New Delhi: US Deputy NSA Daleep Singh during his visit last week conveyed “clearly” to India what the consequences would be of violating the US sanctions on Russia, and also “making clear” that the US does not think India should increase imports of Russian fuel and other commodities.

She said: “Well, while our preference is always to have a confirmed ambassador on the ground — it’s an incredibly important diplomatic position — we also engage with countries through a range of channels.

“And obviously, our Deputy National Security Advisor was just in India recently in the last few weeks conveying clearly what the consequences of violating sanctions would be and what the mechanisms are; and also making clear that we do not think India should accelerate or increase imports of Russian energy and other commodities, even as obviously those decisions are made by individual countries; and also making clear that we stand ready to support India as — in any efforts to diversify its imports and serve as a reliable supplier, even as they’re only importing about 1 to 2 percent of their oil from India.

“So, we have a range of ways to communicate and engage. And obviously, sending our Deputy National Security Advisor is an example of that. But clearly our preference would be to have a confirmed ambassador.”