Outlays for the 11 months through August rose 4%, to a record $6.3 trillion, the Treasury’s balance sheet showed. 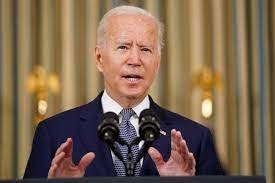 Washington: The US budget deficit shrank by $300 billion to reach $2.7 trillion in the first 11 months of the fiscal year, the Treasury Department said Monday, as revenues rose significantly overspending for the first time since the outbreak of the coronavirus pandemic.

Outlays for the 11 months through August rose 4%, to a record $6.3 trillion, the Treasury’s balance sheet showed.

But revenue grew at a faster pace, expanding 18% to an all-time high of $3.6 trillion.

The deficit for August itself was $171 billion compared with $200 billion from a year earlier. Revenue grew by 20% to $268 billion for the month from a year ago versus a 4% rise in spending to $439 billion.

Federal government spending during the fiscal years was dominated by stimulus checks to individuals, unemployment compensation, emergency loans to small businesses and tax reductions for most middle-income earners.

India services PMI falls to four-month low in July to 55.5