Last week, US Secretary of State Antony Blinken presented a report claiming that Cuba, among other nations, does not do enough to combat trafficking in persons 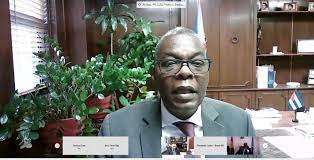 United Nations: The new report by the US State Department alleging that Havana has profited from exploiting its citizens through forced labour abroad is dishonest and represents offense to Cuba’s health workers, Cuban Ambassador to the United Nations Pedro Luis Pedroso Cuesta told Sputnik.
Last week, US Secretary of State Antony Blinken presented a report claiming that Cuba, among other nations, does not do enough to combat trafficking in persons. In particular, the report accused Cuba of running forced labour export programs, specifically its foreign medical missions program.
“State Secretary Blinken’s trafficking in persons allegations [versus] Cuba are a new repeated chapter of aggression against our people. It is also a dishonest and an offense to Cuba’s health staff,” Pedroso said. “They are a brazen repetition of the lies fabricated under the Trump administration to justify the aggression. They are evidence of political corruption.”
The former administration of US President Donald Trump has previously raised the labor export programs issue. The allegations were repeatedly refuted by Cuba, which has sent 57 medical teams to support 40 countries during the coronavirus pandemic.
The inclusion of Cuba in the annual “Trafficking in Persons Report” and placing it in Tier 3 – the worst category – could lead to the introduction of new sanctions and restrictions on access to international assistance.
Afghanistan, Algeria, China, Comoros, Cuba, Eritrea, Guinea Bissau, Iran, Malaysia, Myanmar, Nicaragua, North Korea, Russia, South Sudan, Syria, Turkmenistan and Venezuela are also classified under Tier 3 in this year’s State Department report.

US, Iraq set to agree in withdrawal of US troops by year-end