The Meteorological Department forecast of cloudy with intermittent Light rain at many places of Jammu & plains of Kashmir. 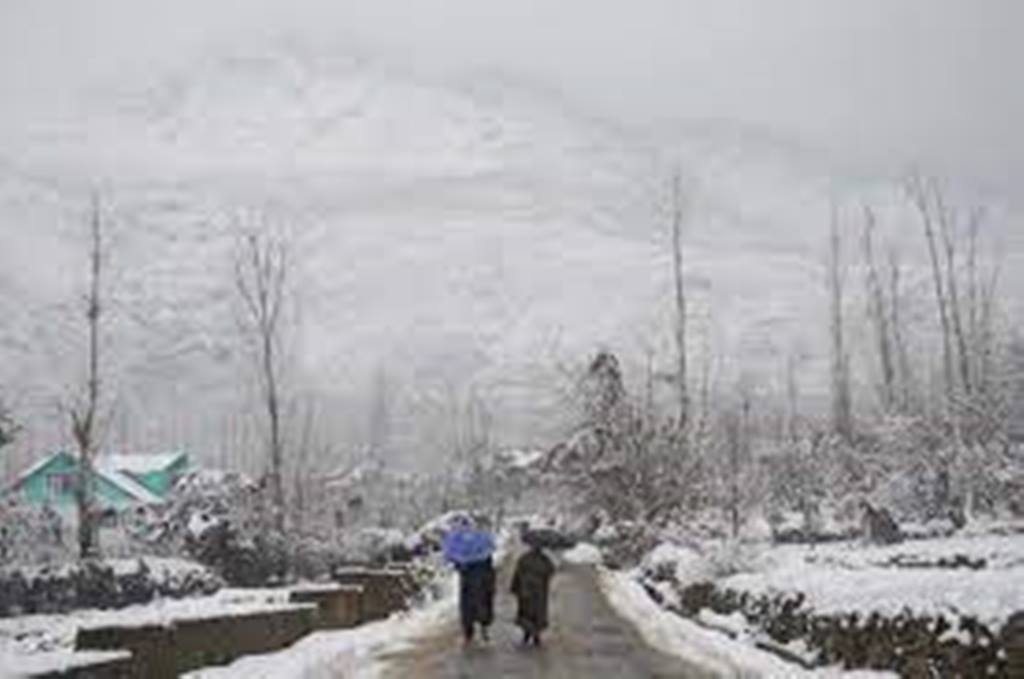 The Meteorological Department forecast of cloudy with intermittent Light rain at many places of Jammu & plains of Kashmir.

No forecast of any Major snow during this spell and there would be a slight respite in the Cold during the next 2-3 days.

Dry weather is expected thereafter till December 18 with occasionally cloudy and light snow over higher reaches of Ganderabal, Kupwara and Bandipora during December 12 late night.

The MeT office has also issued an advisory of there may be temporary disruption in surface transportation over Sinthan Top, Mughal Road, Razdan pass, Bandipora-Gurez, Zojila during the above period.

Srinagar-Sonamarg-Gumri (SSG) road connecting Ladakh and historical Mughal road connecting Shopian to Poonch and Rajouri districts of Jammu division were closed for vehicular traffic due to fresh snowfall on Friday, a traffic official said. However, traffic on Srinagar-Jammu national highway was normal.

Ski resort of Gulmarg in north Kashmir received 0.6 cm of fresh snowfall overnight, MeT office said. There are reports from some upper reaches of the Kashmir valley also receiving snowfall.

Gulmarg had a low of minus 3.0 degree Celsius which was 0.7 degree above normal during this period of the season for the valley of meadow.

Kashmir Weather, an independent weather observer Faiazn Arif told UNI that today’s weather is going to be partly to mostly cloudy in most parts of Jammu, Kashmir and Ladakh. Light rain in plains and light snowfall in higher reaches is possible at a few places. Overall nothing significant is expected. He said the day temperature will remain 2 – 5 degree C below normal value.

Srinagar continued to reel under a grip of cold weather conditions even the minimum temperature showed an improvement on Friday recorded as a low of 1.0 degree Celsius against minus 2.8 degree Celsius recorded the previous night which was 1.6 degree Celsius above normal during this time of the period.

Tourist hot spot of Pahalgam in south Kashmir had a low of 0.7 degree Celsius on Friday which was 3.9 degree Celsius above normal during this time of the year at the valley of shepherds.