Yogi said the UP government is organising a Global Investors Summit in Lucknow from February 10 to 12. "With the aim of increasing the per capita income in the state, it is our endeavour that the country and the world can benefit from the immense business opportunities available in the state," he said. 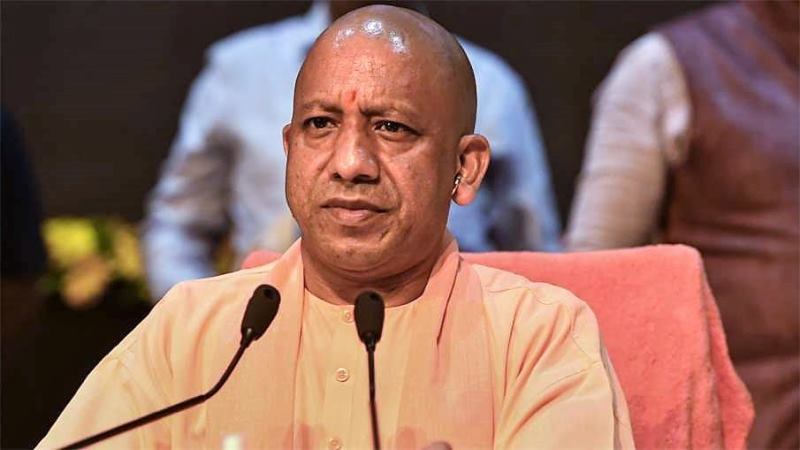 Lucknow: A delegation of Australian investors on Friday met Chief Minister Yogi Adityanath and discussed the possibilities of investment in various sectors in Uttar Pradesh while expressing their willingness to participate in the Global Investors Summit to be held in February next year.

The CM welcomed the delegation and expressed his pleasure that while a delegation from the state is in Germany discussing investment opportunities with industry leaders, a group of industrial investors led by Australia’s Deputy High Commissioner to India Sarah Storey is in the state capital for a firsthand look at the industrial environment.

Yogi said the UP government is organising a Global Investors Summit in Lucknow from February 10 to 12. “With the aim of increasing the per capita income in the state, it is our endeavour that the country and the world can benefit from the immense business opportunities available in the state,” he said.

He said, “This Investors Summit will prove to be useful in providing an integrated platform to the global industrial world to cooperate in economic development. The cooperation of Australian entrepreneurs and investors will be useful in taking this summit to new heights.”

The CM said UP is the largest populated state in India with a population of about 25 crores and is the heartland of India. “The fertile land here is the basis of the prosperity of this region. We stand first in the production of food grains in India. Sugar and ethanol are mostly produced here. We are number one in the country in the production of various vegetables and fruits. UP, blessed by nature and God, is today creating a new identity as the growth engine of India’s economy,” he said.

He said that UP is the fourth largest state in India in terms of size. “Our state is home to 25 crore citizens, making it India’s biggest labour and consumer market. The Uttar Pradesh government is developing infrastructure at a rapid pace to ensure seamless connectivity through air, water, road and railroad networks, which will enhance the accessibility of logistics to enable industries to access global and domestic markets,” he said.

Giving information about the excellent connectivity available in the state, Yogi said with seven functional and six under-construction expressways, UP has the availability of world-class road connectivity as an ‘expressway state’. “These expressways provide seamless connectivity to manufacturing centers across the state. UP is going to become the only state in the country to have 5 international airports. The country’s first inland water-way is being developed here. The largest rail network is in UP,” he said.

He said, “We have the world’s most fertile land, and the richest water resources. UP is working on a plan to promote natural farming in the form of zero budget chemical-free farming. This will be a very useful effort in increasing the income of the farmers.”

The CM said after agriculture, the Micro, Small and Medium Enterprises sector offers maximum employment here. “With the inspiration of Prime Minister, we mapped the traditional enterprises of the state and made programs accordingly, so today more than 90 lakh MSME units are working, which have become the medium of employment for crores of youth. One district, One product is our innovative scheme. Each district has its own unique product and we are branding and marketing it. This scheme is proving to be of great help to us in increasing our exports,” he said.

He said the government is working on several industrial projects in the state. “Industrial development through policy driven governance by formulating around 25 policies to attract investment in various sectors including IT and IT enabled services, Data Centre, ESDM, Defence and Aerospace, Electric Vehicles, Warehousing and Logistics, Tourism, Textile, MSME. Several corrective steps have been taken in the direction of creating a climate friendly eco system,” he said.

Yogi said UP is an important centre of India’s education and health. “There are 79 universities with world class institutions like IITs and IIMs. There are 06 Agricultural Universities. Apart from 2 AIIMS, we are setting up medical colleges in every district. Better health facilities are available even in remote rural areas. There is also a suitable opportunity for investors in the education and health sectors,” he said.

He said the government is working on several industrial projects in the state. “One of the two Defence Industrial Corridors being established with the aim of making India self-sufficient in the field of defence production is being developed in Uttar Pradesh. Under this, six nodes, Agra, Aligarh, Kanpur, Lucknow, Jhansi and Chitrakoot have been identified in UP. Apart from this, there is immense investment potential in the service and hospitality sector as well,” he said.

The CM invited everyone to invest in the state, giving a proper solution to the various queries of the Australian team. He also said the state government has been protecting the business interests of its investors. Our policies will be encouraging to the global world.