"We need to control the fertility rate. People of every caste, religion, the community will have to pay attention to control the increasing population. I am very happy that this new policy has been announced on the occasion of World Population Day," CM said. 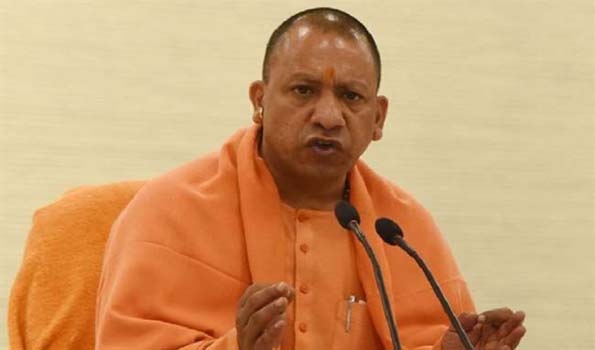 CM Yogi Adityanath said population policy is not only concerned with population stabilization but also to bring the path of happiness and prosperity in the life of every citizen to his doorstep.

He said while making efforts for population stabilization, we also have to keep in mind that this does not affect the demographic balance of the country. In order to make the population policy effective, he also emphasized on coordination among departments along with spreading awareness among different sections.

In the new population policy, Chief Minister Yogi Adityanath has also expressed the intention of enacting a new law to make the various strategies being adopted to control the population more effectively. The State Law Commission has prepared a draft of this law and has sought objections and suggestions from the public on it.

State Medical Education Minister Suresh Khanna said in 1975, the government had taken action regarding population control but after 1977 no government could even muster the courage to include it in its manifesto. Sometimes population control is linked to religious beliefs. Therefore, awareness is necessary to solve the problem.
He said in the proposed new law for population control, if more emphasis is placed on incentives rather than penal provisions, then it can prove to be more effective. He said he would soon meet the Chairman of the State Law Commission and give his suggestions to him.
State Medical and Health Minister Jai Pratap Singh said Uttar Pradesh will move towards population stabilization by the year 2052 if the new population policy of the state is implemented properly.
In the new policy, a target has been set to bring the birth rate to 2.1 per thousand population by the year 2026 and to 1.9 by the year 2030. Apart from better management of nutrition, education and health of adolescents in the age group of 11 to 19 years, comprehensive arrangements will also be made for the care of the elderly.

The new policy also includes a proposal to set up health clubs in schools for population stabilization. Along with this, according to the spirit of Digital Health Mission, there is a plan to conduct digital tracking of newborns, adolescents and elderly people in the state.
Those with more than two children will not be able to contest local body elections, he said.
In the draft of the UP Population (Control, Stabilization and Welfare) Bill-2021 prepared by the Commission, along with fixing the responsibility of the people, the responsibilities of the state government have also been fixed.
The Commission has uploaded the draft of the Population Control Bill on its website and has sought suggestions till July 19. Their suggestions are also being taken by sending the draft to several judges, after which the draft will be finalized and submitted to the state government.
It is said this new law can be implemented after the assembly elections to be held next year and before the urban bodies (municipal corporation, nagar palika parishad, nagar panchayat).
Important suggestions in the draft are: There are recommendations to give two additional increments, promotion, an exemption in housing schemes, increase the contribution of the employee in PF and other such benefits to the government employees whose family will be limited and they undergo sterilization on their own.

Couples who are not in government jobs will get exemption in water, electricity, home and other taxes if they have a limited family.
There is a plan to give preference in jobs along with free treatment, education and insurance for 20 years to the children of parents who voluntarily undergo sterilization on a child.
A couple with one child can get up to four increments in a government job. Such a couple residing below the poverty line will be given a lump sum of Rs 80,000 for a son and Rs 1 lakh for a daughter.
Besides, if someone has two or more children in the second pregnancy, then they will be considered as one.
If the first, second or both the children are disabled, then he will not be deprived of the facilities on the third child. There will be an exemption for the adoption of a third child.
On the untimely death of a child, the third child will be out of the purview of the law.
The government will have to create a State Population Fund to implement the law.
The delivery facility will have to be provided in every primary health centre.
There will also be a chapter on population control in the school curriculum.
Failure of female and male sterilization will give exemption in an unwanted pregnancy.
The third child born due to the failure of the sterilization operation will be out of the purview of the law.
If the failure of the sterilization operation is proved, Rs 50,000 will be given as compensation.