Ranjan said the government gives the highest priority to giving opportunities to youths to develop the nation. 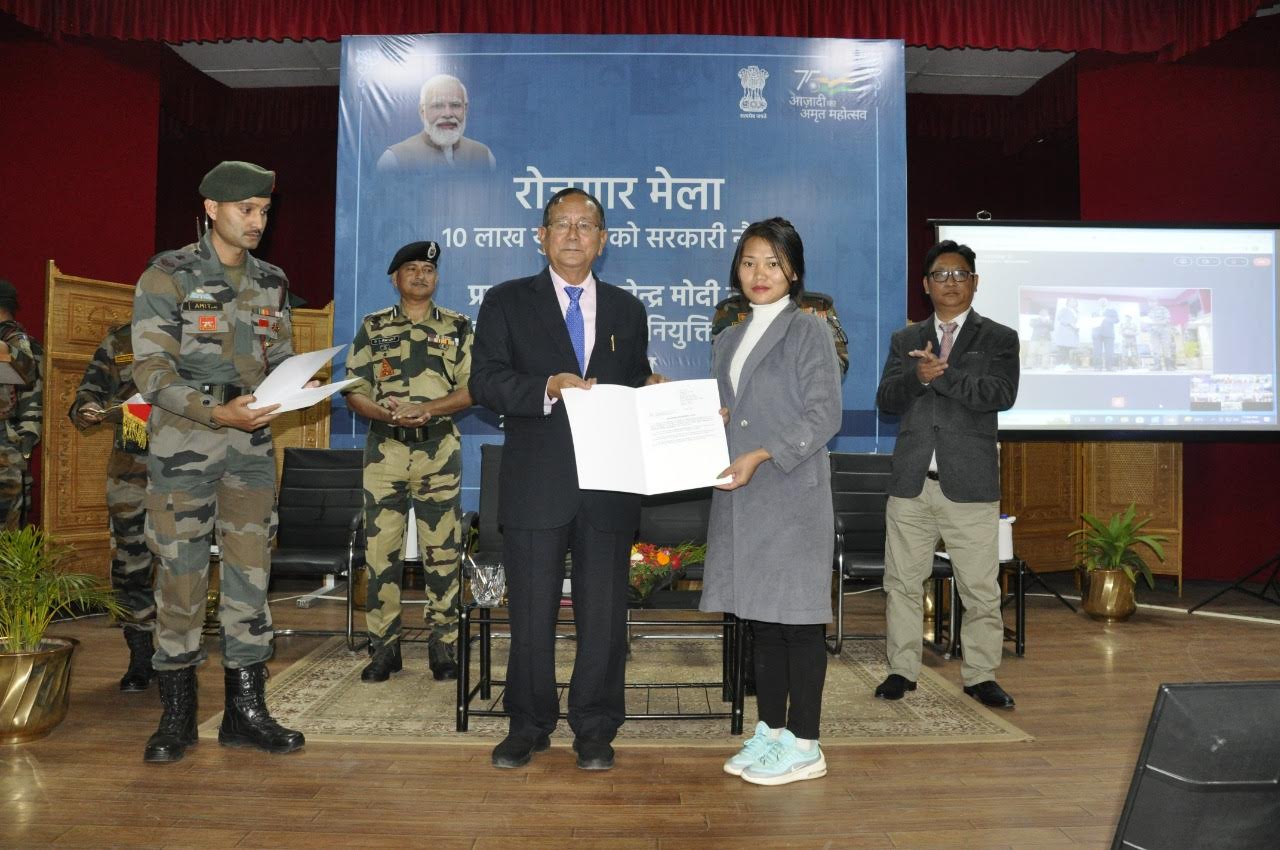 Ranjan said the government gives the highest priority on giving opportunities to youths to develop the nation.

Out of the 227 appointments, 171 were new recruits of Assam Rifles ,28 from Border Security Force,15 for SSB, six doctors for RIMS ,three CISF, and two each for ITBP and banks.

Maj Gen Rajan Sharawat, IG Assam Rifles(South) who was also in the event, said the government initiative will inspire the youth to be on the right path.

An official said the Rozgar Mela is a step towards the fulfilment of the Prime Minister’s commitment to accord the highest priority to employment generation.

The Rozgar Mela is expected to act as a catalyst in furthering employment generation and providing meaningful opportunities to the youth for their empowerment as well as direct participation in national development. Earlier in October, 75,000 appointment letters were handed over to newly inducted appointees under Rozgar Mela.

The physical copies of the appointment letters to the new appointees was handed over at 45 locations across the country (except Gujarat and Himachal Pradesh). In addition to the categories of posts filled earlier, posts of teachers, lecturers, nurses, nursing officers, doctors, pharmacists, radiographers and other technical and paramedical posts are also being filled.

A significant number of posts are being filled by the Ministry of Home Affairs in various Central Armed Police Forces (CAPF).