Shanta Kumar said that he has spent 60 years of his life in active politics based on values and everything has been mentioned in the book. 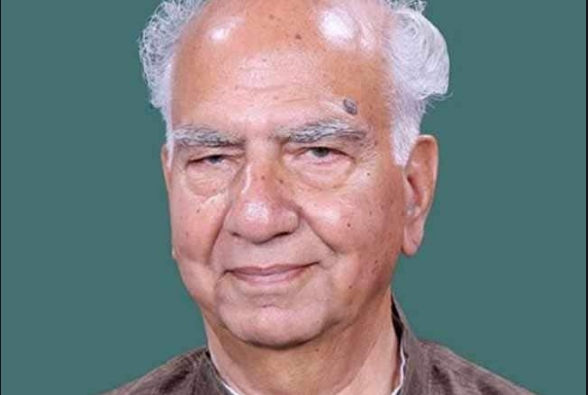 Palampur: Senior BJP leader and former chief minister of Himachal Pradesh expressed concern over the increasing terrorism in the country and the unholy nexus between Afghanistan, Pakistan and China outside the country being described as an alarming and great threat to India.

Shanta Kumar, talking to UNI after the release of his autobiography, said that Prime Minister Narendra Modi has the capability of dealing with this unholy nexus.

The autobiography in English ‘Living My Convictions,’ was translated by his elder daughter Indu Sharma and the cover page was designed by his younger daughter Shalini Sathyan, he stated.

He said that he has decided to leave politics and literary activities for good and pledged to devote his remaining part of life to the service of humanity on the footprints of Swami Vivekananda.

Shanta Kumar said that he has spent 60 years of his life in active politics based on values and everything has been mentioned in the book. He said that he remained attached to values with conviction and lived life fully and joyously. Living My Conviction carries details of how he lived a valued based political life and said that this was more relevant today.

He has written 20 books so far and described this book release function last in his life as he was leaving both politics and literary activities for good.