The Prime Minister will lay – through virtual mode – foundation stones of 50 Eklavya Model Residential schools and address the gathering. 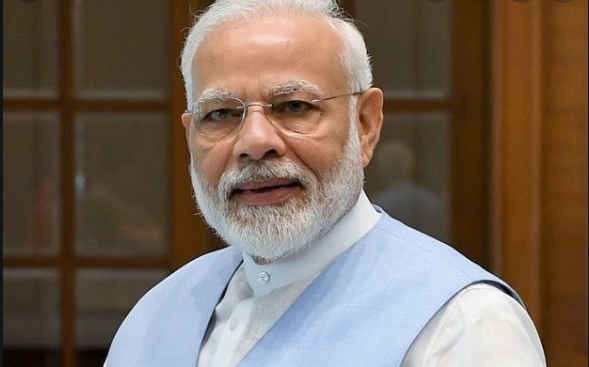 Modi shall also dedicate to the public the Rani Kamlapati Railway Station (formerly Habibganj) redeveloped through a public-private partnership. Governor Mangubhai Patel, Chief Minister Shivraj Singh Chouhan, several Union ministers, state ministers and members of Parliament will be among those present; it was officially learnt.

Modi is scheduled to arrive at the Raja Bhoj Airport by a special plane at 1230 hrs and then reach Jamboree Ground. He will visit an exhibition of products made by self-help groups and a photo exhibition focussing on tribal martyrs and heroes of the freedom struggle.

The Prime Minister shall launch the ‘Ration Aapke Gram’ scheme by handing over vehicle keys. The programme envisages the supply of Public Distribution System rations to the village level. A related short film will be screened.

Modi will launch the Madhya Pradesh Sickle Cell (Haemoglobinopathy) Mission by providing genetic counselling cards to a couple of individuals. Another brief film shall be screened. The Prime Minister will hand over appointment letters to three out of 20 newly-appointed Particularly Vulnerable Tribal Group teachers. A third film shall be screened on Jhabua district’s Narsinghrunda, the first village that has achieved 100 per cent novel coronavirus vaccination in the state.

The Prime Minister will lay – through virtual mode – foundation stones of 50 Eklavya Model Residential schools and address the gathering.

Subsequently, Modi will inaugurate the Rani Kamlapati Station and walk on the premises along with Railways Minister Ashwini Vaishnav and Chouhan.

“From the Airport, the Prime Minister will leave for Jamboree Ground by helicopter. After participating in the event, he will be flown by helicopter to Barkatullah University from where he shall reach the station by road. Following the inauguration, the Prime Minister will return to the University and be flown to the Airport from where he shall return to Delhi,” a senior police officer told.

Special Protection Group personnel are already present in the city. Since Saturday, areas adjoining the Airport and the venues are off-limits for commoners. Hotels, etc are under priority surveillance by police and central agencies.

Monday has been declared a public holiday.