The spillway shutters three and four of the dam were raised to 35 cm releasing 51,117 litres of water per second, the Minister said in a message. 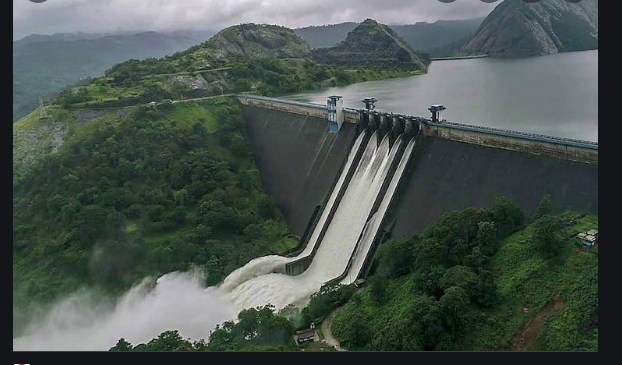 The spillway shutters three and four of the dam were raised to 35 cm releasing 51,117 litres of water per second, the Minister said in a message.

The officials from Tamil Nadu who arrived at the spot directed to sound the first warning siren at 0700 hours, the second siren at 0715 hours and the third siren at 0724 hours.

This was the first time that the shutters of the Mullaperiyar dam were opened after the 2018 flood in Kerala.

About 1,079 people from 350 families were evacuated to relief camps set up with strict COVID protocols.

On Thursday itself, following the information from Tamil Nadu officials, people living in downstream of the dam were requested to move to the relief camps.

The released water from the 124-year-old dam travels nearly 30 km along with places like Vallakkadavu, Vandiperiyar and Ayyappankovil before reaching the Idukki dam.

Two Deputy Collectors appointed as special officers were camping at Vandiperiyar and Upputhara.

Earlier, Kerala Government urged Tamil Nadu to limit the water level in the dam to 137 ft against its maximum capacity of 142 ft.

The Supreme Court directed to follow the Rule Curve and limit the water level at 139.5 ft till November 11. On that day the Apex Court will hear the case.

Meanwhile, Kerala Revenue Minister K Rajan warned that stern action will be taken against those who spread misinformation on the Mullaperiyar dam.

The water from Mullaperiyar dam will reach first to Idukki dam and the water level in Idukki dam is expected to rise 0.25 ft only, the sources added.

The water level at Idukki dam touched 2398.30 ft on Thursday night. As per the rule curve, if the water level touches 2398.31 ft, one or two shutters of Idukki dam will also be raised to release excess water.

Four units of the Fire Force were asked to deal with any emergency situation. BSNL took steps to provide an effective communication facility without fail. Contol Rooms were opened at Vandiperiyar and Vallakadavu by the Forest Department.