The New York Stock Exchange, where the Twitter stocks have been listed, will remove the company's shares from its listing 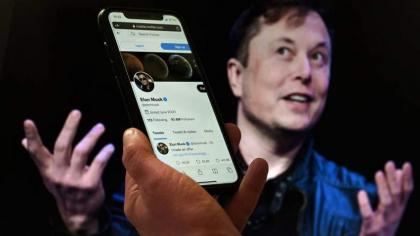 Washington: Twitter has confirmed that Elon Musk officially sealed his deal to acquire the social media company, a filing with the US Securities and Exchange Commission (SEC) showed on Friday.

“The merger between Twitter, Inc. and X Holdings II, Inc., a wholly owned subsidiary of X Holdings I, Inc., wholly owned by Elon R. Musk became effective on October 27, 2022. Each share of Twitter, Inc. Common Stock was exchanged for USD 54.20 in cash, without interest and less any applicable withholding taxes,” the filing said.

The New York Stock Exchange, where the Twitter stocks have been listed, will remove the company’s shares from its listing and register them again at the opening of business on November 8, according to the filing.

Musk, who has criticized Twitter for limiting freedom of expression in the past, hinted that he finalized the platform’s purchase in a tweet earlier on Friday reading, “the bird is free.”

On Thursday, media reported that Musk finally closed the deal to acquire Twitter and has already taken over management of the company.

Following the reports, screenshots of Trump’s alleged statement appeared on social media congratulating the SpaceX and Tesla founder on the new acquisition and announcing plans to restore Trump’s Twitter account.