A reporter Evangelist Khongwar associated with a vernacular daily Mawphor was also assaulted by the rallyists at Dhankheti for no rhyme or reason. 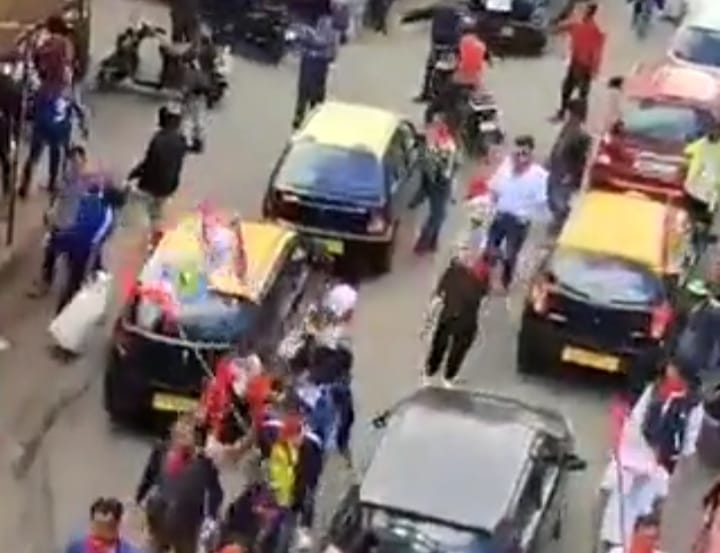 A reporter Evangelist Khongwar associated with a vernacular daily Mawphor was also assaulted by the rallyists at Dhankheti for no rhyme or reason.

Interestingly, the police who were escorting rallyists did not make any efforts to stop the physical attacks on passers-by and motorists.

The violence began in Police Bazaar when some bystanders were attacked with the FKJGP bamboo poles that the rallyists were carrying.

“We have confirmed that two persons were injured after we inquired from hospitals. So far no one has filed an FIR, but we have filed sou-moto on today’s incident,” Sylvester Nongtnger, the district police chief of East Khasi Hills, told UNI.

“As president of the organization, I really apologize in front of all the media. We didn’t expect that the unfortunate incident would happen, as before we started the rally we had already appealed to all the youth who had attended the rally that this is a peaceful rally. I would like to extend my apology to them (people who were assaulted) that we feel sorry and we will take responsibility,” Khongsit said.