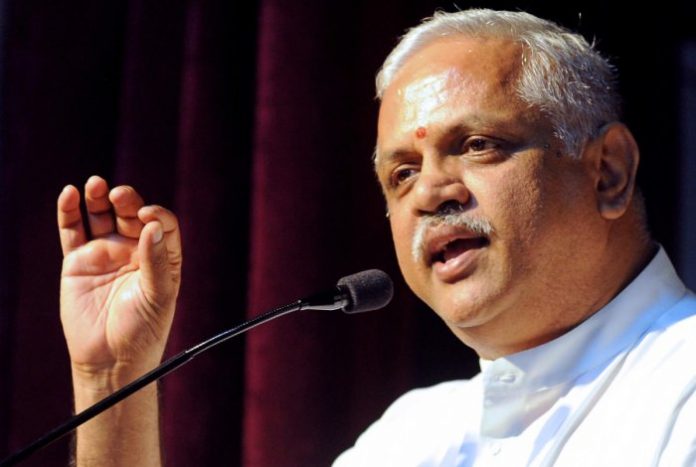 Agartala: Turmoil in Tripura BJP has escalated further following the visit of party’s national general secretary (Organisation) B L Santosh two days ago and holding one talk with MLAs, MPs, and party functionaries to cease the dissidence against Chief Minister Biplab Kumar Deb.

Although BJP state president Dr Manik Saha claimed to media that there is no crisis in the party except for some differences of opinion over party functioning among a section of leaders, a group of BJP MLAs have held a review meeting again yesterday and reportedly decided to quit the party if the centre doesn’t change the Chief Minister immediately.

“There is complete chaos in the party against the autocratic rule of Biplab Kumar Deb, which has now been opened to all. As a result, the lower level leaders and workers of the party have lost faith in the present leadership and there is no coordination between party and the government. The whims of the Chief Minister is conveniently implemented by the party president that destroyed the organisation,” said a senior BJP MLA, not wanting to be quoted.

He said that their follow up meeting has discussed the future plan of action if Chief Minister is not changed and added, “If this situation continues we have no chance of winning more than 10 seats in the 2023 assembly poll. Moreover, with the instruction of Chief Minister, the president has appointed Mandal president and other constituency level leaders without consulting the MLAs. So, the indication is clear that MLAs who do not belong to CM lobby wouldn’t get the ticket to contest and CM has already told many of us.”

Excluding MLA, state committee has assigned the responsibility to the people as per their choice and comfort, which has destroyed the party base at the grass-root level, the MLA observed and added,

“Most of the MLAs are not comfortable in their constituency, so even if they get a nomination, hardly any chance to win because anti-incumbency against BJP-IPFT government started sweeping. In the last three and half years, we couldn’t even fulfil 10 per cent of our poll promises.”

According to him, except for three-four MLAs who have been with the CM lobby, all others have spoken against the present form of the government and had expressed their view in favour of changing Chief Minister for the interest of BJP in Tripura. Even then, BJP central leadership take the decision soon, leaving no other option left for the majority of MLAs but to look for alternatives.