Truth will come out in diplomatic gold smuggling: S Jaishankar

"What I witnessed in my youth was very much different from today's world of youngers," he observed. 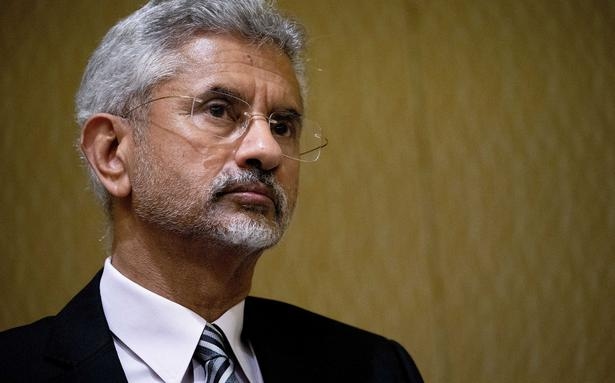 Thiruvananthapuram: Union External Affairs Minister S Jaishankar on Sunday claimed that the truth will come out in the diplomatic baggage gold smuggling case in Kerala.

Addressing a press conference here, Jaishankar said the Union External Affairs Ministry was aware of the issues that happened at the UAE Consulate here in connection with the gold smuggling case.

Everyone should act according to the law and there were many things that should not have happened, he added.

He said he would not say anything more on the case which is under the consideration of the court.

Stating that his three-day visit to Kerala is part of strengthening the BJP, he said the party deputed union ministers in the charge of each Lok Sabha constituency to give more attention to the next general elections.

Saying that he is in charge of Thiruvananthapuram Lok Sabha Constituency, Jaishankar said the party is making strategies targeting six Lok Sabha constituencies in the state.

Announcing that the BJP is coming up with Mission Kerala strategies long before the next Lok Sabha elections, he said the party focuses on Thiruvananthapuram, Attingal, Pathanamthitta, Mavelikkara, Pathanamthitta, Thrissur, and Palakkad constituencies.

He said he is being met with party office-bearers, beneficiaries of central government schemes, women voters, youth voters, and civic leaders.

Based on the first round of discussions and meetings, the Ministers in charge of Lok Sabha Constituencies will submit their reports to the party’s national leadership.

Based on which, an outline will be prepared for the moves in the next rounds, he said adding that Shobha Karandlaje, Bhagawanth Khuba, and Ashwini Kumar Choubey are in charge of Pathanamthitta, Palakkad, and Thrissur Lok Sabha seats respectively.

The BJP planned the Kerala Mission as part of its strategy to capture power in South India according to the decision taken at the BJP National Executive in Hyderabad.

Earlier, while interacting with youths, the Union Minister said the country witnessed a lot of changes in various sectors including digital connectivity after the NDA came to power eight years ago.

“What I witnessed in my youth was very much different from today’s world of youngers,” he observed.

Claiming that India achieved a lot of things and is now capable of facing challenges and finding solutions, he said India could develop its own vaccine to fight Covid-19.

Now, India is one of the few countries which have a Cowin app to provide a digital certificate to everyone, he added.