Panneerselvam, 3 others sacked from AIADMK

It also referred to the petition filed by OPS in the High Court against the party rules and that it was dismissed by the court. 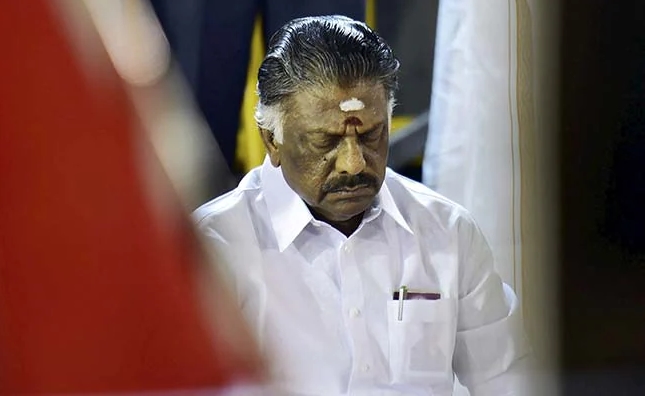 Chennai: The AIADMK General Council on Monday sacked Party Treasurer and former Chief Minister O.Panneerselvam and three of his supporters from the primary membership of the party for violating the party rules.

A special resolution to this effect, moved by former Minister Natham R.Viswanathan was unanimously adopted at the meeting after former Minister K.P.Munusamy, a former loyalist of Panneerselvam, was elected as the Deputy General Secretary, Moving the resolution, he said Panneerselvam and his supporters–former Minister R.Vaithilingam, former MLA JCD Prabhakaran and Manoj Pandian– were removed from their party posts and also from the primary membership of the party for acting in a manner that brought disrepute to the party.

The resolution, which was welcomed with thunderous applause by the General Council members, also appealed to the party workers not to have any link with these leaders.

It also referred to the petition filed by OPS in the High Court against the party rules and that it was dismissed by the court.

Countering it, Panneerselvam, who had barged into the party office in the city, condemned his removal and said Palaniswami and Munusamy have no power to unilaterally remove him from the party.

Stating that he has the support of more than 1.5 crores of the party cadres who had elected him as a Party coordinator, OPS said he was announcing that he was sacking EPS and Munusamy from the primary membership of the party for flouring party rules.

On his future course of action, OPS said he would file an appeal and move to the court, and secure justice.