The panel is seeking to build a case that Donald Trump, a Republican, acted illegally in a bid to overturn his defeat by Joe Biden, a Democrat, in the November 2020 presidential election. 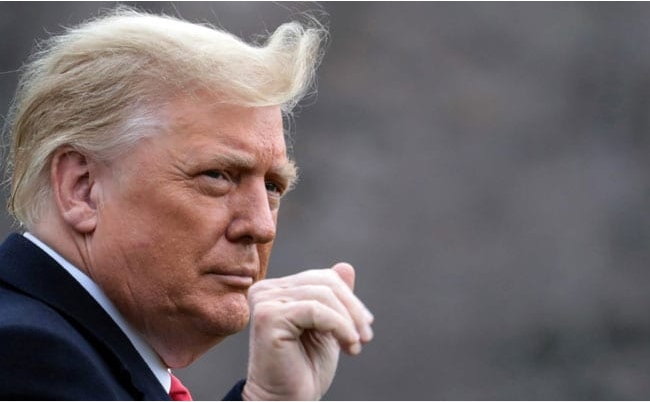 Washington: The committee hearing the case relating to the Capitol riots has been told that former US President Donald Trump watched the entire event on TV at the White House, ignoring his children and aides who “begged him” to rebuke the mob, BBC reported.

“He chose not to act,” said Adam Kinzinger, one of two Republicans on the Democratic-led committee.

The primetime hearing was told that Trump did not place a single call to law enforcement or national security staff, as he was motivated by “his selfish desire to stay in power”, the inquiry alleged.

On Thursday night, the House of Representatives select committee used its eighth hearing of the summer to draw a timeline of Trump’s activities over 187 minutes on 6 January 2021 as a mob of his supporters raided Congress.

The panel is seeking to build a case that Donald Trump, a Republican, acted illegally in a bid to overturn his defeat by Joe Biden, a Democrat, in the November 2020 presidential election.

Trump, who has hinted that he may run again for president in 2024, has dismissed the inquiry as a “kangaroo court” designed to distract Americans from the “disaster” of Democratic governance.

The hearing was told that former President Trump had watched coverage of the riot on Fox News in the private dining room at the White House for more than two-and-a-half hours.

Elaine Luria, a Virginia Democrat on the committee, said: “President Trump sat at his dining table and watched the attack on television while his senior-most staff, closest advisers, and family members begged him to do what is expected of any American president.”

The lawmaker also said the chief White House photographer had wanted to take pictures during the historic event but was told not to.