Tripura had multipoint connectivity with Bangladesh before 1965 including railway links, which were closed down after the Pakistan war. 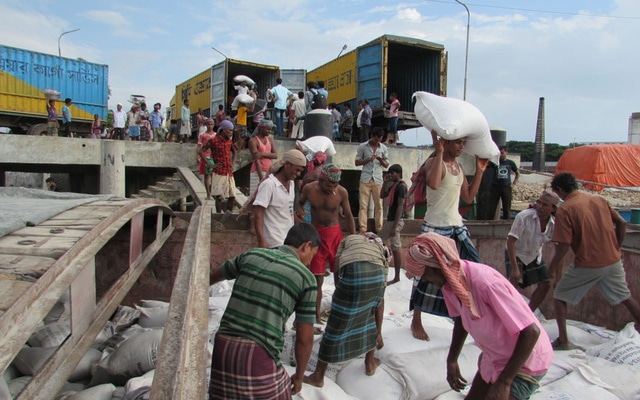 Agartala: The Tripura government on Saturday asked the centre to ensure transportation of essential items through Bangladesh, following the snapping of the state’s surface transport link with the rest of India due to the monsoon.

Heavy monsoon rains over the past few weeks have severely damaged roads and railways in Meghalaya and Assam, causing uncertainty over the resumption of Tripura’s surface transport link with other parts of the country.

State Chief Minister Dr. Manik Saha in a letter requested Union Food and Consumer Affairs minister Piyush Goyal to issue a directive to the Food Corporation of India (FCI) for initiating the transportation of food grains into Tripura through the Ashuganj River port of Bangladesh.

A series of landslides due to torrential rains over the last few weeks in Assam’s North Cachar Hill and Southern hills of Meghalaya has cut off rail and road connectivity with Tripura, South Assam, Mizoram and a part of Manipur from the rest of the country, which has affected the supply of goods including that of the public distribution system.

“The whole requirement of PDS food grains is met through the rail network. But due to disruption of the railway track of the Lumding-Badarpur section coupled with the snapping of road communication, the availability of PDS food grains in the State has been severely affected”, the letter reads.

The letter stated that as of June 17 about 6100 MT issuable PDS Rice was available with FCI in the State whereas the State’s present monthly requirement under the regular PDS Scheme and Pradhan Mantri and Garib Kalyan Anna Yojana is about 32000 MT. With the available stock, the state can meet its demand only for five days, which appears to be a matter of serious concern.

Considering the extensive damage to rail tracks, it might take months for the resumption of normal goods train services.

Again, due to massive damage to the National Highway-6 in Meghalaya, the movement of vehicular traffic has also been disrupted and it’s uncertain when the road would be opened and how long it would remain operational. In this situation, an alternative arrangement for carrying essential goods to Tripura is a must, the missive said.

There is every possibility that the State may face an acute PDS food grains crisis in the coming days, the Chief Minister mentioned and added, “I earnestly draw your kind attention to advise FCI to initiate induction of food grains into Tripura through the Ashuganj river port, which was also used earlier for food grain induction in the State in 2016.”

The Tripura government with the help of the authorities in Bangladesh would manage the shipment of cargo from Ashuganj port by road via Akhaura land custom station.

The food grains are proposed to be shipped from Haldia port of West Bengal and off-loaded at Ashuganj, a route first experimented with in 2012 for bringing over-dimensional cargo machinery for the 720 MW capacity gas-based power project of ONGC at Palatana in southern Tripura.

Meanwhile, the petroleum dealers of Tripura have put forth the suggestion that connectivity with the rest of the country is established through surface roads of Bangladesh to avoid the worst affected land stretch of Jaintia Hills of Meghalaya and South Assam. This route was suggested by the Indian Oil Corporation Ltd (IOCL) in 2016 to bypass access to Tripura.

The IOCL had proposed to get access to Bangladesh through the Dwaiki border of Meghalaya and re-enter Tripura either through the Raghna border of North Tripura or through Sidhai of West Tripura bypassing the entire troublesome stretches of Meghalaya hills and roads of Barak Valley. However, it did not proceed further.

Tripura had multipoint connectivity with Bangladesh before 1965 including railway links, which were closed down after the Pakistan war.

Since the Sheikh Hasina government in Bangladesh has agreed to open up all pre-partition connectivity between the two countries, Tripura could get the benefit of easy transportation of petroleum products and other essentials and Bangladesh also can generate revenue, the Petroleum dealers added.