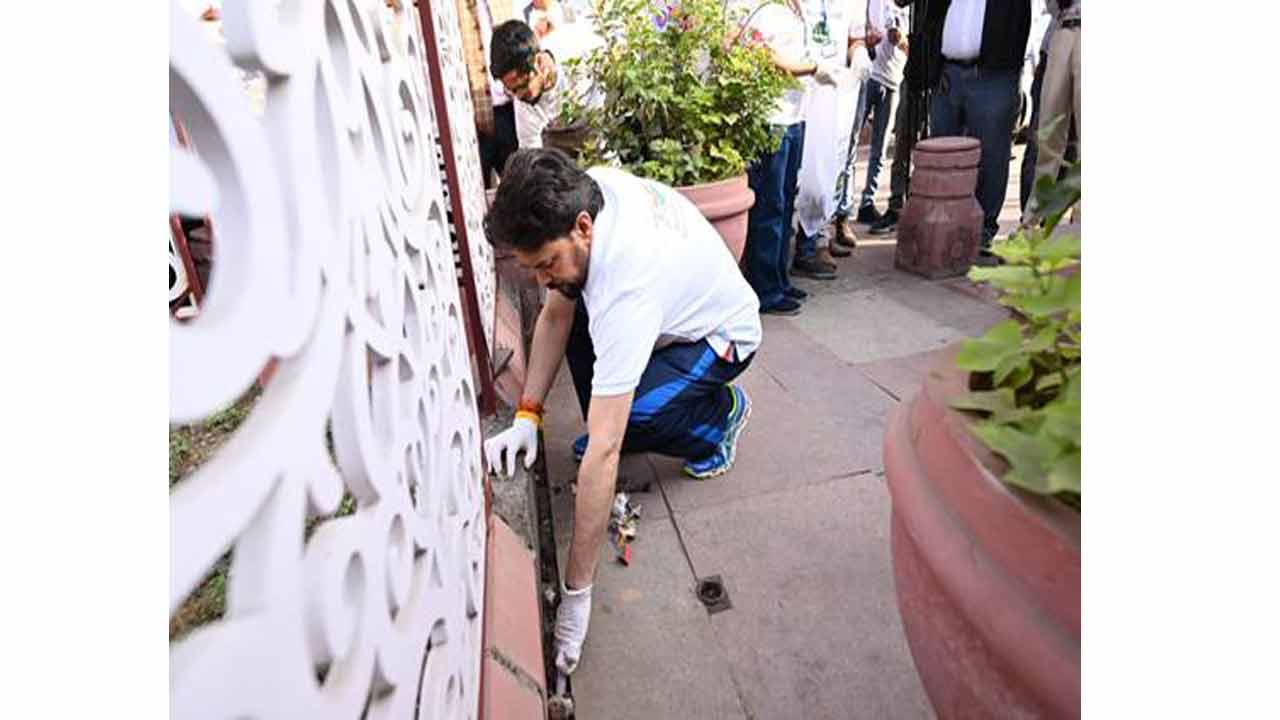 Agartala: Tripura government has initiated a three-day mega cleanliness drive in Agartala city from Thursday ahead of the proposed visit of Prime Minister Narendra Modi on Sunday to showcase the success of Smart City Mission activities.

The PM is scheduled to kick off the poll campaign for ensuing assembly elections and announced some projects for poll-bound Tripura. Besides, holding meetings with the BJP leaders in the state and reviewing the party’s preparation for elections amid massive anti-incumbency against BJP led government allegedly for it’s failure to comply with the poll promises, and indulging in violence and factional feud among the leaders.

Chief Minister Dr Manik Saha and Chief Secretary J K Sinha had separate meetings with the officials of various departments to review the preparedness for PM’s visit. Before that, the officials of PMO had a virtual meeting with Chief Secretary regarding Modi’s Tripura visit emphasizing cleanliness, especially in the areas where PM’s convoy will move, official sources said.

While AMC and Agartala Smart City Mission were directed to clean the city as mandated by PMO, the education department was asked to issue directions to all the schools and colleges of Agartala to carry out special Swatchhata Abhiyan in the next three days and share the photographs with PMO, officials pointed out.

“Despite several initiatives and funding from the centre, Tripura has not yet been able to streamline the solid waste management in Agartala and other towns of the state, ensure the use of public toilets in the urban areas, clean the drains and sewerage channels, water on the roads, and plants, safe pedestrians and encroachment free roads, which Prime Minister has been desperately pushing for,” said a senior bureaucrat here.

In an interim measure to portray the success of Tripura in Swachchta Abhiyan during PM’s visit, an order has been issued for painting the schools between MBB airport and Agartala city and other important buildings before Modi’s arrival, and three senior-level bureaucrats were assigned to oversee the cleanliness drive and facelift work of the city on the occasion of PM visit.

The home department sources said that the date of Modi’s arrival in Agartala has not yet been confirmed. He may come to Agartala on Saturday afternoon to hold strategic meetings with the party leaders, cabinet members, and top officials regarding the preparation of upcoming assembly elections slated for February next year. After addressing the rally on Sunday, he will join the golden jubilee celebration of Northeast Council (NEC) at Shillong.

Or else, he will join the NEC program on Sunday and thereafter flee to Agartala accompanied by Tripura Chief Minister Dr Manik Saha before lunch.

In the afternoon, he will address a gathering in Swami Vivekananda Stadium followed by the inauguration of a few infrastructure projects and interaction with the PM Awas Yojana beneficiaries and in the evening the Prime Minister will leave for Delhi, officials added.