Tripura to provide free vaccine to all

The centre had earlier decided to stop free supply of vaccines and fixed the price for private hospitals and the state governments. 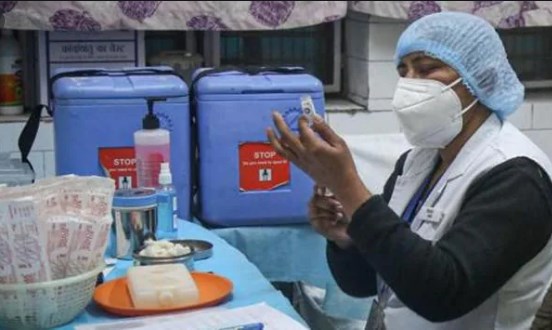 Agartala: Tripura government has announced to continue to provide free vaccines in the next phase for the people belonging to age group of 18 to 44 years to begin from 1st May.

The centre had earlier decided to stop free supply of vaccines and fixed the price for private hospitals and the state governments.

The official statement said the council of ministers in a meeting last night has allocated Rs 133.19 Cr from the state budget for purchasing Covishield vaccine doses to cover 16 lakh people of 18 years plus age group who were not covered in last three phases of vaccination.

The state government has estimated to procure 32 lakh doses of Covishield from Serum Institute of India (SII) at a cost of Rs 130.56 Cr. The government will also buy syringes of Rs 1.63 Cr and one crore of rupees has been kept for meeting up incidental emergency expenses exclusively for vaccination purposes, release stated.

The SII has fixed the rate of Rs 400 for each dose of vaccine for both central and state governments for the next phase of vaccination. As of now, Tripura has received 11,68,370 doses of Covishield from the central government and already covered 9,64,480 people, the statement mentioned.

According to health department, as many as 3,98,370 people of 60 years and above received double dose vaccination which accumulated a percentage of 73 percent while 7,67,731 people aging between 45 years and 59 years received vaccination so far and the remaining doses will cover another two lakhs eligible population.

Tripura bagged the best position as 24% of people received the first dose of Covishield vaccine, which counts 6% on an average in the country. Moreover, 93% of health care workers of both government and private sectors were given vaccines and 92% of the Frontline Workers have already been covered, the officials stated.

However, the officials stated that SII would supply the vaccine in a phased manner and the state will give priority to the elders and healthcare staff, who are yet to get the shot. The worst affected states like Delhi, West Bengal, Karnataka and Maharashtra have been identified for providing vaccines at the first phase. Since north-eastern states including Tripura are holding a good position, the supply might be little delayed, officials indicated.

Meanwhile, Chief Secretary Manoj Kumar asked to take all necessary preparations to deal with whatever the situation may arise due to the spread of the Coronavirus epidemic and stressed special emphasis on ensuring availability of Oxygen as and when it is needed while addressing a review meeting of the officials today.

He has directed to procure the required quantity of Oxygen and also execute the plan for setting up an Oxygen generation plant. And, instructed to purchase Oxygen concentrators and other kits to avoid delay in treatments.