This was announced on Saturday by Tribal Welfare Minister Rampada Jamatia. 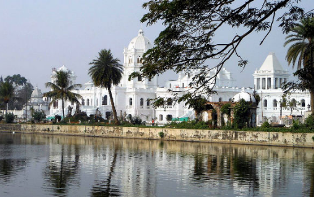 Agartala: The Tripura government has decided to provide wages for six days at Rs 212 per family to 8,368 hardcore Jhumia families (who maintain livelihood through shifting cultivation in slash and burn method) to extend cash support during the harvesting period.

This was announced on Saturday by Tribal Welfare Minister Rampada Jamatia.

October and November are considered the harvesting period for Jhum. Farmers generally select a forest patch and clear and fell the vegetation in December and January. After that, they burn the vegetation as per their requirement in February and March, and seeds are sowed in April and May before the beginning of monsoon.

The Minister said after the departure of monsoon in the middle of October, harvesting of Jhum produces was begun this year and the families couldn’t go out for other income-generating activities, which affected their livelihood management. So, the government sanctioned a special package of rupees one crore for supporting to those families.

“Besides, getting benefits of rural development schemes like MGNREGA, the Tribal Welfare Department has taken the initiative to extend cash support to the hardcore Jhumia families during the harvesting days and in the next phases of their activities government would help them,” Jamatia said.

He stated that the government sent a proposal to the Ministry of Tribal Welfare and Tribal Cooperative Marketing Development Federation of India (TRIFED) for establishing another 25 Van Dhan Vikas Kendra in Tripura to boost the economy of the hill people.

At least 32 Van Dhan Vikas Kendra have already been set up in the state and are functioning.

According to Jamatia, rubber cultivation would be undertaken on 30,000 hectares of land under the Mukhyamantri Rubber Mission in the next five years and the state government already provided Rs 10 Cr in the current financial year for implementing the project.

A World Bank-funded project of Rs 1300 Cr has been planned for socio-economic development in ADC areas.

Under this project, overall development in 23 tribal-dominated and 12 aspirational blocks would be given priority, which will be implemented along with the line departments.