According to a local report, the prayer hall was made inside the ‘holy boundary’ demarcated during Ker Puja (a major religious festival of Hindu tribes) in August. 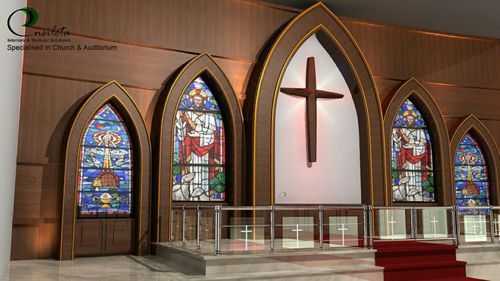 Agartala: A group of tribals dismantled the makeshift prayer hall of Christian believers in Kamlai village of Amarpur in Gomati district of Tripura on Sunday which has gone viral on social media triggering resentment across the state during the celebration of Durga puja.

According to a local report, the prayer hall was made inside the ‘holy boundary’ demarcated during Ker Puja (a major religious festival of Hindu tribes) in August. The police held a peace meeting on Monday in the village with the members of both communities and Christians agreed not to proceed further with the prayer in the location.

However, Jyotish Jamatia, Secretary of Jamatia Hoda – the apex body of the Hindu Jamatia community denied the charge of dismantling the Christian prayer camp and clarified the structure was pulled down after a mutual understanding between the local Christian and Hindu communities in presence of police.

He stated that the local villagers had earlier agreed to not allow Christian prayer houses inside the village, especially since the village housed the community’s God Baba Garia, the deity who is worshipped for peace, wealth, and harmony but this year the deity was shifted to a nearby village that prompted Christians to set up a temporary prayer hall.

The problem was the Christian prayer place came up in the boundary of Holy Ker (another festival of Hindu tribals), which had been demarcated after Ker puja in August this year. The Hindu tribals became sentimental and demanded the removal of a temporary shed made of bamboo and tarpaulin.

Police sources said the shed had come up three weeks ago all of a sudden in a tent structure.

Meanwhile, Fransalian Father Leejesh Mathew, the priest of the local Christian alleged that the incident happened when some 15 Catholic families were attending the Sunday prayer service in the shed.

The Hindu villagers had opposed the construction of a church there last year, afraid that the church activities in the locality mostly for social upliftment would increase the number of Christian believers, Mathew said adding, “The Hindu villagers had not disturbed the prayer meetings ever before and this is the first such incident. We are trying to find out the reason behind it”.