75 years ago, India experienced this, he added. 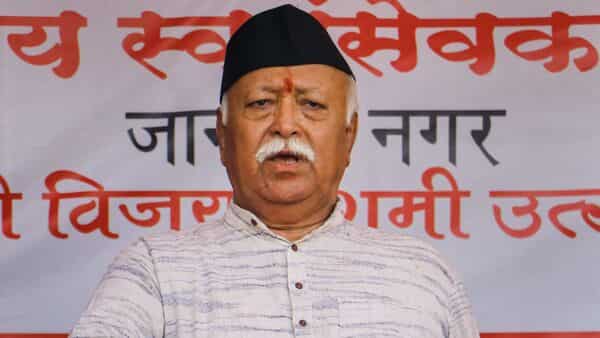 Nagpur: RSS Chief Mohan Bhagawat on Wednesday said population control and religion-based population imbalance is an important subject that can no longer be ignored as they lead to changes in geographical boundaries.

“In the 21st century, the three new countries that have come into existence, East Timor, South Sudan and Kosovo – have been the results of population imbalance in certain territories of Indonesia, Sudan and Serbia.

“Population imbalances lead to changes in geographical boundaries. Alongside the differences in birth rate, conversions by force, lure or greed and infiltration are also big reasons,” he said addressing a gathering at RSS Headquarters on the occasion of Vijayadashami celebrations here.

“All these factors have to be mulled over. Population control and religion-based population balance is an important subject that can no longer be ignored,” Bhagwat said.

75 years ago, India experienced this, he added.

Bhagwat said a population policy has to be formulated considering all these factors mindfully and should be applicable for all.

“Public awareness campaigns will be required for creating a mindset of total observance of this policy. Only then rules pertaining to population control will yield results,” he said.

Bhagwat also said populations require resources, if it keeps growing it becomes a big burden, and therefore with the perspective of population control, plans are made.

He said China has reversed its population control policy to increase population growth, but the situation in India is different.

In 2000, the Union Government after multi-stakeholder consultations had framed a population policy.

On incidents taking place at Udaipur and some other places, Bhagwat said these incidents had stunned the nation, but added that a particular community as a whole cannot be taken as a root cause for these incidents.

“After the Udaipur incident, from within the Muslim society, few prominent persons voiced their protest against the incident. This manner of protest should not be an isolated phenomenon within the Muslim society rather it should become the nature of their large sections. Hindu society in general assertively expressed their protests and strong reactions after such incidents even if the accused be Hindu persons,” he said.

Whatever be the extent of provocation, protests always have to be within the boundaries of our laws and constitution, Bhagwat said. “Our society should come together, not fall apart or quarrel,” he said.

Bhagwat said many people agree with the concept of Hindu Rashtra, but are opposed to the word ‘Hindu’ and they prefer to use other words. “We don’t have any issue with that. For the clarity of concept – we will keep emphasizing the word Hindu for ourselves,” he said.

He said scare-mongering is done among so-called minorities that there is a danger to them because of an organised Hindus, but this has not happened in the past, nor will it happen in future.

“This is neither the nature of Sangh nor of the Hindus, history bears this out. Self-defence and defence of our own becomes a duty for everyone against those who spread hatred, commit injustice, atrocity, engage in acts of hooliganism and enmity towards society,” he said.

Neither threatens nor gets threatened. This kind of Hindu society is a need of the present times, and this is not anti-anybody, Bhagwat said.

“Sangh has a steely resolve to stand on the side of brotherhood, amity and peace,” Bhagwat said.