The district of Dhalai had always been the den of the leftist domination with securing 4 to 5 assembly constituencies in each assembly election till 2018. 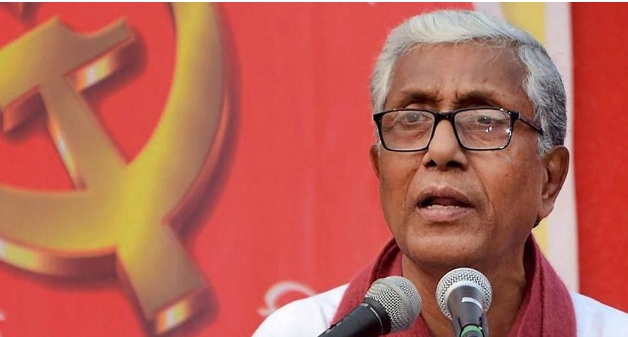 Ambassa (Tripura): One of the aspirational districts of the country, Dhalai, in northern Tripura, seems to have an interesting political contest in elections ahead as the opposition political parties are gaining strength in the district here.

The district of Dhalai had always been the den of the leftist domination with securing 4 to 5 assembly constituencies in each assembly election till 2018. At the same time, the leftist also continued to be in power in all the public representative institutions(PRI) here. Significantly, the domination failed to bring any notable development in the fate of the inhabitants leaving a few.

“The crisis of potable water, the disease of malaria, lack of infrastructure, the minimum opportunity of jobs always haunted us in the leftist rule of 25 years through the people always supported the leftist unconditionally”, said Rajkumar Jamatia, a middle-aged tribal from the bordering subdivision of Longthorai valley.

The unprecedented and unconditional support to a particular political force received the first jolt in the assembly election of 2018 when the BJP-IPFT alliance clinched all the six assembly constituencies returning the leftist with a bare hand. And after the incumbent alliance government got into power a trend of resignation took a hysterical turn among the leftist portfolio holders and office bearers of all the PRIs. Accordingly, in all the PRIs the BJP led coalition nominees got into power.

In between, whenever, the opposition political parties like CPIM and Congress tried to dust the roads they left in a middle way for the lack of supporters and activists. A political analyst from the district Laxman Deb said, “Though the opposition political parties continue to blame the BJP sponsored hooliganism for their not being able to instigate political activities but the reality is something different. The parties failed to motivate their workers towards politics and there has been no inclusion of fresh faces”. As a result, the leftist who ruled the state for 25 years at a stretch, even failed to nominate their candidates in the elections of PRIs.

However, recently the leftist parties especially the CPIM and its different wings started to stage different political programmes. And slowly they continued to gain some sort of support. After the victory in West Bengal, TMC also started to gear up efforts to flourish the party here. A section of CPIM and the Congress workers got involved with the TMC. And it produced enough indication for a tough fight for BJP in the coming days. Besides, in the ADC area royal scion Pradyot Kishore Devvarman led Tipra Motha also got all set to challenge BJP with all effort. BJP is mainly in the challenge as due to the COVID pandemic situation it failed to execute many of its promises and unemployment turned to be a major concern.

Now, the grassroots level BJP workers and activists demand the party high command to deploy enough political plots and plans to stop the advancement of the opposition parties.