The attacks and violence have been continuing sporadically till the date, as police didn’t take any action against the attackers, which has spread fear among the people especially the supporters of the opposition and the media workers. 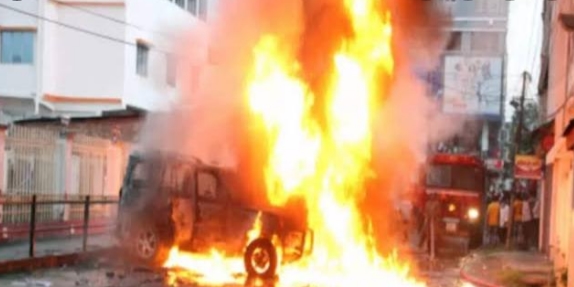 NEDF appeals to NE Chief Ministers for repeal of AFSPA

Agartala: The High Court of Tripura on Monday served notice to the state government after admitting Public Interest Litigation (PIL) in the allegation of non-action of police over the attacks on five media houses and ransacking a large number of party offices of opposition CPI-M on Sept 8 last.

The petitioner Haripada Das alleged that police didn’t take any action as of now despite lodging FIRs and deposition of the videography and CCTV footage of the perpetrators because the attacks on four media outlets and the headquarters of CPI-M in Agartala city was carried out from a BJP rally, which was led by party Vice President Rajib Bhattacharjee, General Secretaries Tinku Roy and Papia Datta.

The petitioner’s advocate Ms Rajasree Purkasthya alleged that police have not been allowed by the state government to arrest the accused persons who were identified with proof because all of them are belonging to the ruling BJP. The attacks and violence have been continuing sporadically till the date, as police didn’t take any action against the attackers, which has spread fear among the people especially the supporters of the opposition and the media workers.

She pointed out that when vandalizing the newspaper offices and setting the press vehicles on fire in the afternoon in public, some BJP cadres were seen beating up two TV journalists of a channel in their office premise, which was carrying the flag of the BJP party. A week after the attack some unknown miscreants attacked a newspaper employee of BJP’s mouthpiece here at night near the high court.

He was rescued in half-dead condition by police in the late night from the road and shifted to hospital. He is still unconscious and undergoing treatment in a private hospital here. However, police have yet to arrest anybody in connection with the attack. Moreover, the attacks on media have been increasing by leaps and bounds and as many as 28 journalists were attacked in the last year but no culprit is booked, she argued.

Meanwhile, as many as 44 party offices including one each of RSP and CPI(ML) have been attacked, burnt, and party property destroyed. In an unprecedented display of criminality, the headquarters of CPI(M) in Agartala was attacked, sought to be burnt, miscreants entered the premises and vandalized the bust of veteran tribal leader and former Chief Minister Dasharath Deb.

The CRPF guards deployed at CPI-M headquarters were mysteriously withdrawn an hour before the mob attack. At least 67 houses and shops of CPI(M) supporters have been burnt or looted since Sept 7. Scores of supporters have been physically attacked of whom at least 10 were hospitalised.

After hearing the case, a division bench comprising Chief Justice Akil Kureshi and SG Chattopadhyay admitted the case and issued notice to the state government seeking a reply before the next date of hearing on Oct 4 next.

New Delhi: The Centre has released Rs 169.60 crore to Meghalaya under the Jal Jeevan Mission (JJM) to expedite...
Meghalaya

NEDF appeals to NE Chief Ministers for repeal of AFSPA

TSR man surrenders after killing two of his officers in Tripura