The young lady was trafficked by an online racket associated with dating apps from her village in November last year. 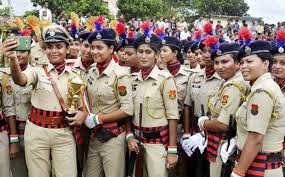 Agartala: The high court of Tripura appreciated the efficiency of state police and recommended to confer commendation disk to two police officers for their exemplary performance in rescuing a tribal housewife of Chailengta town in Dhalai district from Mumbai who was trapped in a Maharashtra based women trafficking racket.

The young lady was trafficked by an online racket associated with dating apps from her village in November last year. Failing to activate Tripura police to a desirable extent, her family members had filed a habeas corpus writ in the high court which had ordered police to rescue the woman and bring her back to the state immediately.

The investigation of the case was transferred to the Crime Branch of Tripura police and the investigating officers – Inspector Rana Chatterjee and Jayanta Kumar Dey had located the lady in a dance bar at Meena Bazaar of Mumbai during the investigation.

With the help of Maharashtra police, the victim was rescued from a nearby slum and was shifted to a government-run home in December last year. The police officers were also able to arrest the main culprit behind the trafficking identified as Hamidulla Malilk alias Chun Chun Salim from a slum close to Kamala Nehru Park in Juhu beach of Mumbai.

The accused was brought back to Tripura on transit remand and the court sent him to judicial custody at Chailengta.

Meanwhile, a division bench headed by Chief Justice Indrajit Mohanty ordered the state government to send a police team including two women constables to bring the lady back safely back home from Maharashtra while applauded the efficiency of both the police officers for rescuing the lady and shifted her in a safe place and also arrested the culprit.

As recommended by the High Court of Tripura, Advocate General Siddhartha Shankar Dey has written a letter to the Director-General of Police requesting him to issue appropriate commendation in favour of the two police officers for the commendable service rendered by them ensuring that the flag of Tripura Police keeps on flattering high.