We have been struggling since our inception and one day we shall achieve it, Debbarma stated. 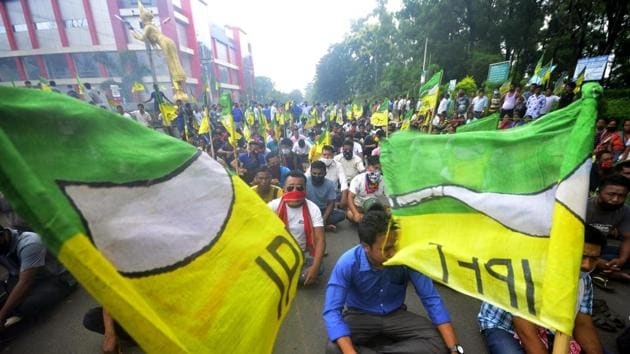 Agartala: To renew the demand of separate Tipraland elevating the existing autonomous district council, BJP’s ally in the government IPFT has announced to hold a protest demonstration in Delhi on August 23 next, said IPFT Supremo and Revenue Minister of the state N C Debbarma on Saturday.

He said the party will hold a special executive committee meeting here on Saturday to finalize the strategy and program of the demonstration. Despite being in the government with BJP, IPFT would not step back from the Tipraland movement, as the party is committed to the cause of its core demand– Tipraland.

“We have got birth through the struggle for Tipraland and the people have voted us to power supporting the cause. We have been struggling since our inception and one day we shall achieve it,” Debbarma stated.

Without naming royal scion Pradyot Kishore Debbarman and his party TIPRA Motha, Debbarma said other political parties have also realized the necessity of Tipraland and that’s why adding some phrase ‘Greater Tipraland’ movement was conceived. However, IPFT has been trying to achieve the demand and the party has no laxity to go to any extent for the people.

He, however, remained non-committal about the coalition in upcoming Assembly Polls and said things would be sorted out at that time. Citing the reference of Telangana, Debbarma said it was created after a prolonged struggle while the Tipraland movement is only two decades old.