The district magistrate drew massive criticism when a video of the raid went viral in social media. Five ruling BJP MLAs have written to Chief Secretary seeking enquiry into the incident and suspension of Dr Sailesh Kr Yadav. 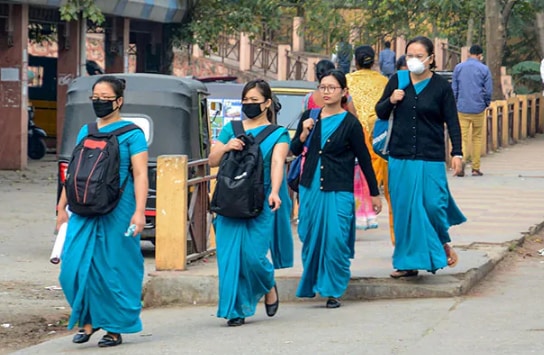 Agartala: Tripura Chief Secretary Manoj Kumar today constituted a committee to enquire into the alleged excesses of West Tripura District Magistrate Dr Sailesh Kr Yadav while conducting raid during a marriage ceremony in the heart of the city on Monday night for violation of Covid curfew.

The district magistrate drew massive criticism when a video of the raid went viral in social media. Five ruling BJP MLAs have written to Chief Secretary seeking enquiry into the incident and suspension of Dr Sailesh Kr Yadav.

A BJP MLA along with few of his followers today launched a protest demonstration under Gandhi statue on VIP road seeking action against Yadav.

The incident has widened the differences of civil administration and police.

A police officer in writing informed the district administration that they are not able to provide force for mass enforcement though didn’t make any reference.

In turn, civil service officers have also decided to stay away from all enforcement including curfew and violation of Covid rules, which pushed the government in deep trouble.

According to reports, police has taken an exception to the behvaiour of the district magistrate, who abused certain policemen in public and accused them of inaction against the curfew violators.

The civil administration is unhappy after public reaction against Yadav and sudden apology by West Tripura Lok Sabha MP on behalf of the government for district magistrate’s action.

“Had police done their duty, there was no reason for the district magistrate to go for a raid. And, even when he ordered the police, they were not complying and argued with him, which is a serious disobedience on the part of police. Police didn’t do their duty properly even during our enforcement that creates problems,” said a senior officer of West Tripura district administration.

Meanwhile, Yadav sought public apology and said, “I did not intend to hurt anybody’s sentiments or disturb the wedding rituals of the family. But after several complaints against the violation of the curfew norms in presence of police, I was disappointed. A large number of people had gathered at 2330 hrs at the marriage venue violating the curfew. I had to be tough to pass a message to the society that curfew was for containing the surge of Covid cases.”

“If anybody felt humiliated by my action, I am really sorry. Being the district magistrate, I did my duty when the law enforcing agency was silent against the violation. This is my sacred duty to protect the citizens from coronavirus and it is expected citizens will cooperate with the administration,” Yadav said.

According to report, a committee has been formed with the senior IAS officers Kiran Gitte and Tanusree Debbarma to enquire into the matter and submit a report to the Chief Secretary as quickly as possible.

Yadav is accused of abusing and pushing the bride groom, elderly people and priest present on the occasion and hitting out at the police personnel for not enforcing the curfew.

On the other hand, District Magistrate in a letter to DGP V. S. Yadav has demanded the suspension of officer in charge of East Agartala police station for alleged dereliction of duty and take action against the policemen in whose presence curfew was violated.