The decision was taken after a review meeting chaired by Chief Minister, Conrad Sangma. The meeting was also attended by other senior Cabinet Ministers together with Deputy Commissioners of districts. 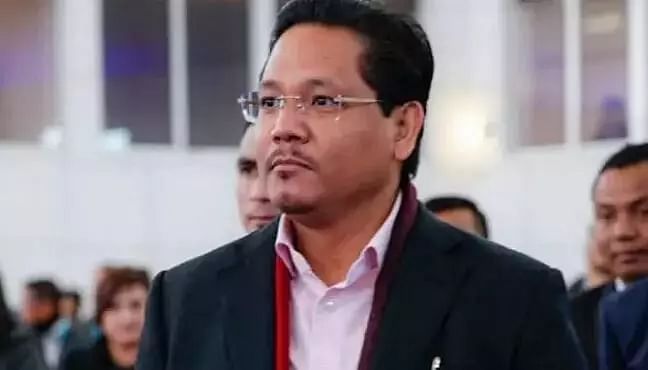 Shillong: The Meghalaya Government on Wednesday announced 10-day lockdown like restrictions in Shillong, Jowai and Tura towns from May 1, with an exemption for essential businesses and services to curb the spike of COVID-19 infections.

The decision was taken after a review meeting chaired by Chief Minister, Conrad Sangma. The meeting was also attended by other senior Cabinet Ministers together with Deputy Commissioners of districts.

“The containment measures would begin from 5 a.m. of May 1 to 5 a.m. of May 10 in Shillong Urban agglomeration, Jowai and Tura towns to contain the spread of COVID-19,” Deputy Chief Minister, Prestone Tynsong said.

Tynsong said that the idea behind this “containment measures” is to allow the economy to run at 50 percent its actual capacity, while also taking care of the health needs of the people.

However, non- essential offices both in the public and the private sector would remain closed

He also informed that all sporting activities would remain closed during this period together with educational institutions.

“Non essential movement of people has also been restricted, except those for emergencies and procuring essential items. Health, frontline workers have been kept outside the purview of these restrictions,” Tynsong said.

“Persons moving out for vaccination and also buying essential commodities within their localities would be exempted,” the Deputy Chief Minister said, adding that inter as well as intra district movement in these three districts has also been restricted, except in cases of emergencies.

Tynsong said the public transport would allow movement of people seeking vaccination, students appearing for board exams, health and other frontline workers moving around.

As far as essential services are concerned all shops selling essential items would remain open, but the timing would be decided by the respective Deputy Commissioners for carrying out these essential businesses.

Apart from these shops, automobile, hardware and electrical shops would remain open as these would cater to the ongoing construction works.

“The construction works would continue in these towns,” Tynsong added.

The Deputy Chief Minister said agriculture and its allied services would also remain open. Moreover, transport vehicles ferrying goods from other states and districts would be allowed to ply during this period.

“The Deputy Commissioners in the rest of the districts would take a decision on whether to close down educational institutions based on the prevailing situation,” he said.