Tripura CM yet to finalise his council of ministers

Addressing his maiden media meet after taking over the top job, Saha also said his predecessor Biplab Deb will be given a "bigger responsibility". 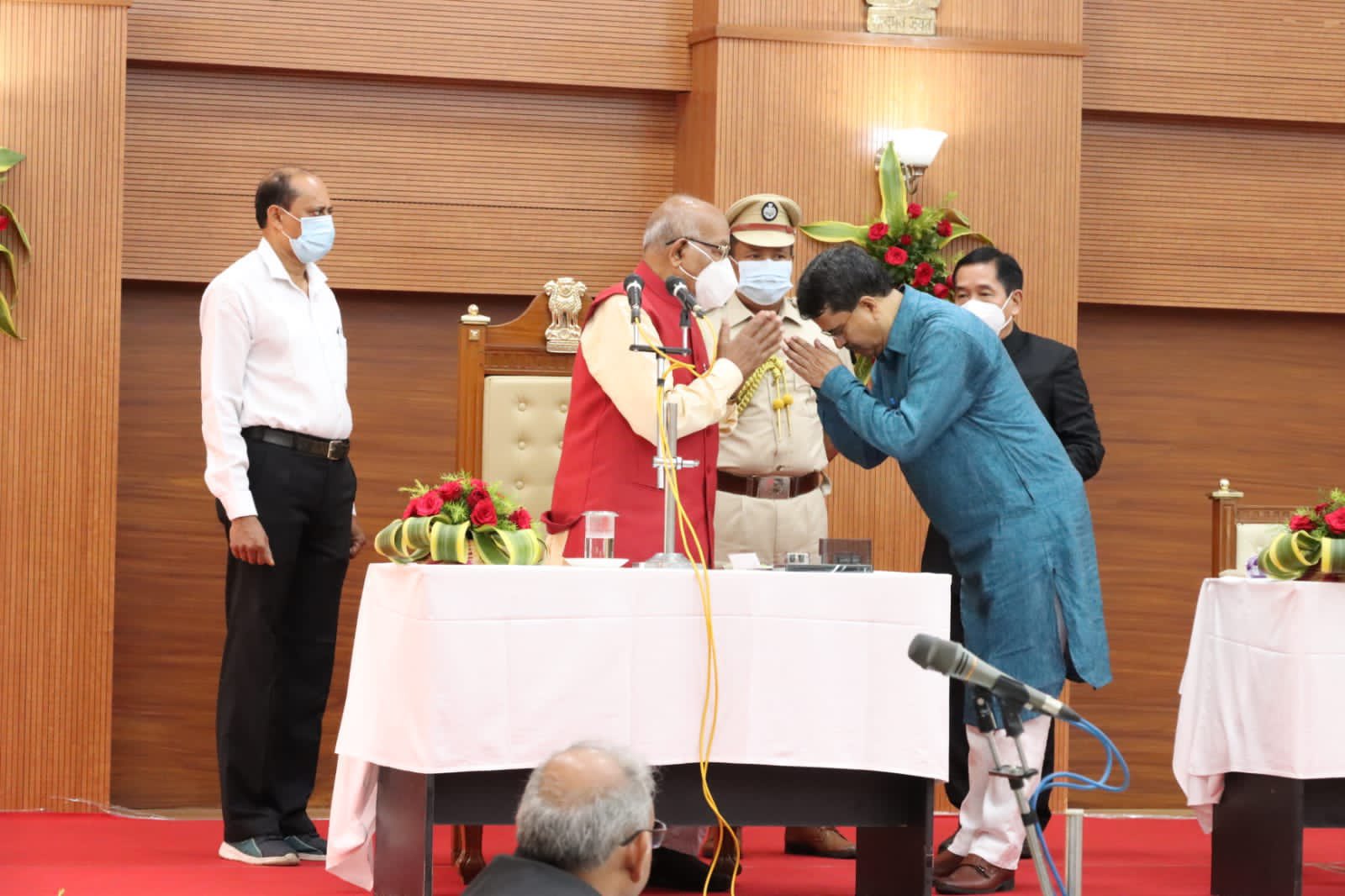 Agartala: Newly elected Tripura Chief Minister Manik Saha on Sunday said that his council of ministers would be sworn in in a day or two, as the list of the members was yet to be finalised.

Addressing his maiden media meet after taking over the top job, Saha also said his predecessor Biplab Deb will be given a “bigger responsibility”.

He refused to give out the reason for the delay in forming his cabinet.
However, the political developments in the state have indicated that the sudden change of guard has created discontent among a section of the [party MLAs over Saha’s abrupt elevation as the successor of Biplab Kumar Deb, who resigned on Saturday following instructions from the BJP central leadership. BJP Veteran and former Deputy Chief Minister Jishnu Dev Varma and another senior leader Ram Prasad Paul skipped Saha’s swearing-in ceremony.

The dissidents have questioned Saha’s selection for the top post and said there was no prior consultation with the legislators. The MLAs slammed the leaders terming their attitude ‘autocratic’ and contradictory to the core principle of the BJP. The resentment is also brewing among the tribal MLAs of the BJP “for the way Dev Varma was bypassed” for the top job.

However, Saha pointed out, “The priority of my government would be to carry out the overall development of the state and welfare of the people of Tripura. I shall further strengthen the process of development.”

“I was not aware of my new assignment even after Biplab Deb tendered his resignation on Saturday afternoon. I was informed just before the meeting of the BJP legislative party in the CM’s house. I was completely unprepared but I gladly accepted the new assignment and sought help from everyone present in the meeting,” Saha said.

Rubbishing queries about Deb’s sudden removal, Saha said “he will be given a bigger responsibility”.

The Chief Minister maintained that BJP is preparing seriously for the next assembly election scheduled for early next year and said whatever changes are being made in the party and government are part of that – “there is nothing to read between the lines”.

“I am confident BJP will form the next government in Tripura with an absolute majority and we all are working on the same mission although there was some emotional outburst among a few because of the sudden change. But things have settled now. We will score the best in upcoming elections,” Saha added.