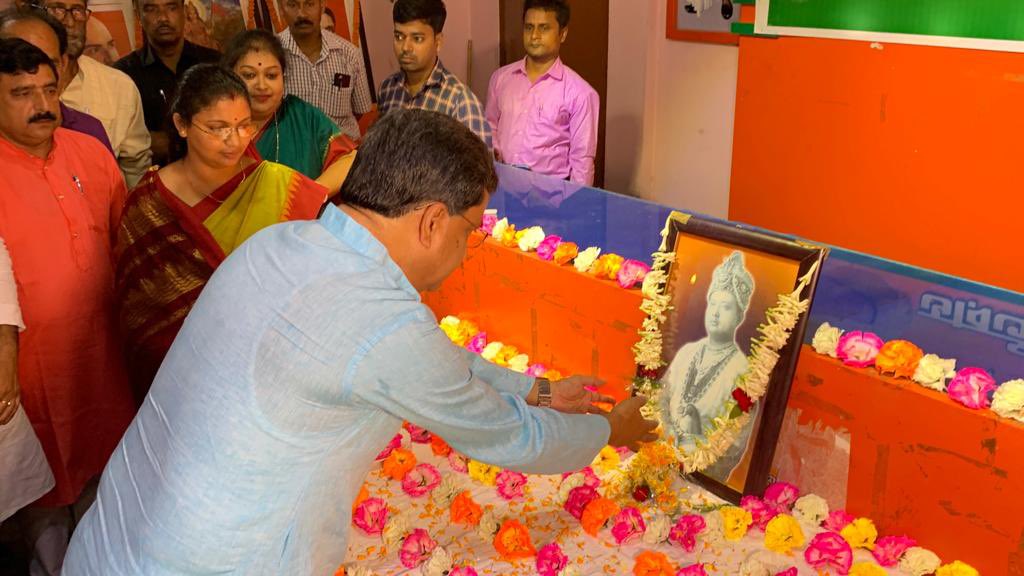 Agartala: Tripura celebrates the 114th birth anniversary of the last king of the princely state and architect of modern Tripura Maharaja Bir Bikram Kishore Manikya in a befitting manner with a series of the colourful programme across the state on Friday to re-introduce Maharaja in the democratic setup.

Except for CPI-M all other parties including BJP and Congress paid tributes to the memory of the last ruler of the Manikya dynasty and propagated the development initiative of Bir Bikram, which is still playing the dominant role in Tripura’s progress.

The right-wing parties tried to sway the sentiments of tribals especially the royal family keeping eyes on next year’s assembly poll.

The Chief Minister along with Deputy Chief Minister Jishnu Dev Varma and Pradyot Kishore Debbarman is scheduled to address a gathering at Rabindra Satabarshiki Bhawan in the evening on the contribution of Bir Bikram Kishore Manikya in the development of Tripura organised by Cultural Affairs department.

The ADC administration has also paid tribute to Bir Bikram Kishore at its headquarters Khumlung in the morning with a series of cultural programmes and seminars.

The employee’s federation of TIPRA Motha has organised a day-long programme at Townhall here to commemorate the good works of the Maharaja including health, education, cultural activities and infrastructure.

Addressing the gathering Chief Minister Dr Saha said, the state government had marked his birthday as a state holiday like other famous personalities to make the date a significant one for Tripura for the last three years.

The Agartala airport has been renamed after Bir Bikram which had built-in 1942 and played a crucial role in World War II against the British.

The Chief Minister recalled his contribution and said, “We thankfully recognised the contribution of Bir Bikram who built Ujjayanta palace, airport, planned for Agartala city, MBB College now turns into university, water palace of eastern India – Neermahal and many other signatures of Tripura.

The successive governments since attaining statehood have been adding on to the base, which was built by the last king of Tripura.