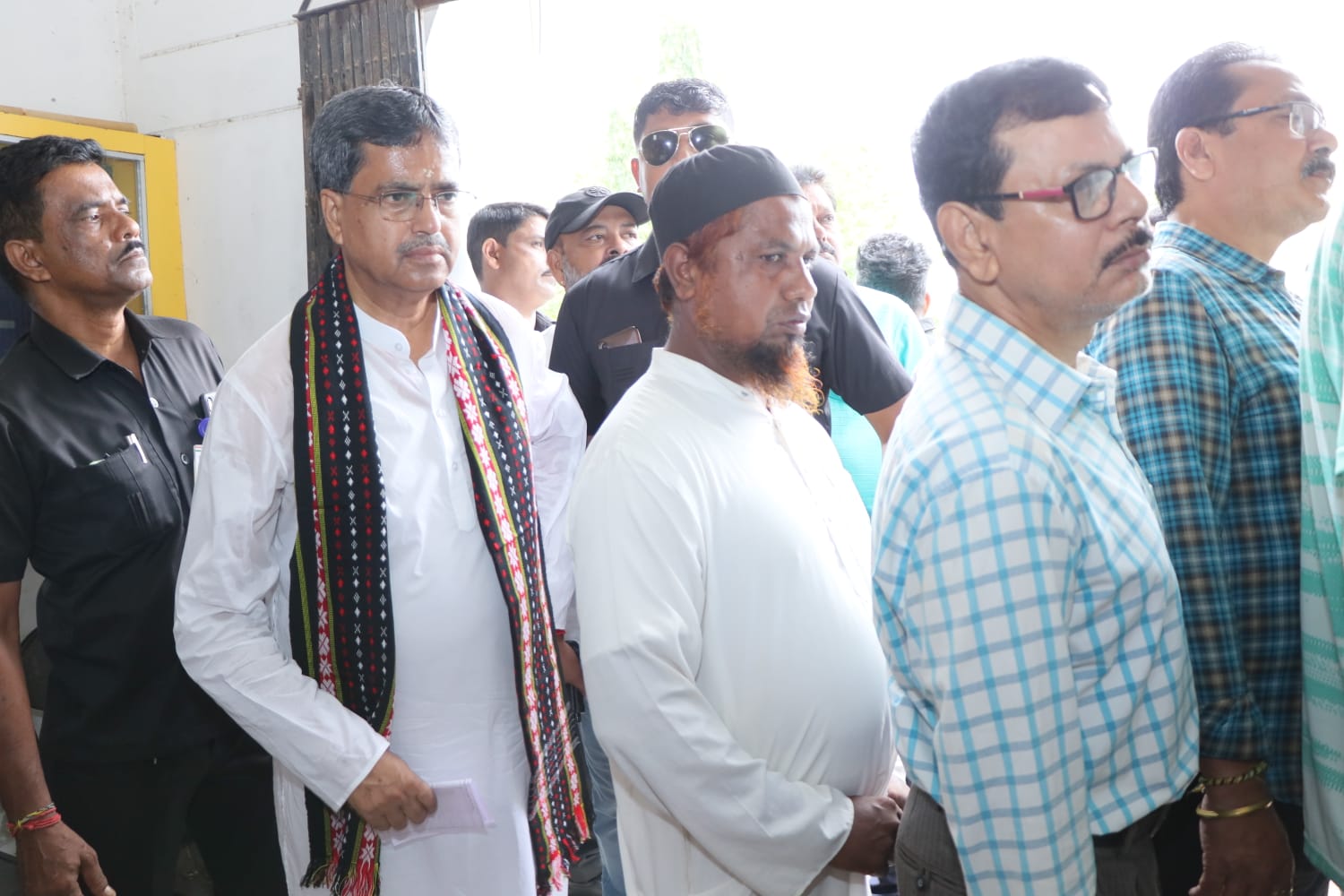 Agartala: Amid violence, and allegations from opposition parties of booth capturing and intimidation, an average 68.37 per cent of voters cast their franchise till 1500 hours in by-polls to four Tripura Assembly constituencies on Thursday.

The highest casting was reported at Surma constituency of Dhalai district at 72 percent followed by Agartala at 69.73 percent and lowest polling was registered in the Chief Minister’s constituency Bardowali at 65.14 percent. However, election officials stated that polling was a little slow because of the long queue in the afternoon.

Opposition Congress candidate Ashis Saha contesting against CM Dr Manik Saha, on the other, alleged since morning large numbers of voters were prevented in front of police outside the polling stations by BJP goons who have been brought from other parts of the state.

“The BJP cadres assaulted and dragged out the polling agents of opposition in three locations of the city. Voters were intimidated on the street but the police were mum. The security forces have helped the BJP cadres to evict the voters from the polling station in the afternoon from three polling centres in the city and facilitated false voting to ensure the victory of Chief Minister,” Saha alleged.

A police man identified as Samir Saha was allegedly stabbed in Kunjaban Colony – just behind the township of top officials under Agartala constituency on Thursday on his way to go for casting vote in the by poll.

He was immediately shifted to Agartala Govt Medical College hospital and released after primary medication. A TV journalist Shubham Debnath was beaten up at Kasharpatty area of Bardowali constituency allegedly by ruling BJP goons in the morning when he was covering the incident of obstructing voters in front of police.

Saha alleged that some unknown youths initially prevented him from going for voting but when proceeded defying their call, a local man – known to him – stabbed him from the back. The accused youth and his gang ran away to a nearby building when Samir raised the alarm.

The opposition Congress and Trinamool Congress alleged that in several places of Agartala and Bardowali constituencies polling agents of opposition parties were evicted in presence of central paramilitary force (CPF) and the opposition supporters were prevented and beaten in the polling booths.

TMC candidate from Surma Arjun Namasudra was attacked on Wednesday night and his vehicle was destroyed. A TIPRA Motha worker Ranajoy Tripura was assaulted in Shikaribari area of the constituency. Investigation has been launched in both the incident and security of the candidates and the polling booths have been stepped up, said Dhalai district police.

Congress candidate of Agartala Sudip Roybarman alleged, “A large number of outsiders were mobilised to rig the vote and prevent the opposition voters in Agartala in front of security personnel. The miscreants’ hurled bomb in Bitarban area of the city last night and motorbike borne miscreants had terrorized the voters whole night but, police was inactive.”

Around 1.89 lakh voters are eligible to exercise their choice across 221 polling stations in the four constituencies – Agartala, Bardowali, Surma and Jubarajnagar – to decide the fate of 22 candidates including five independents.