Since the job opportunity in the public sector is limited, the Tripura government is extending support to the youths to become self-reliant. 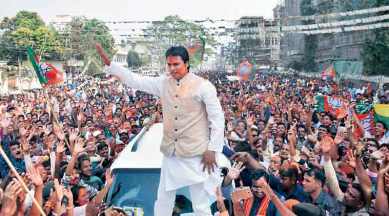 Agartala: Refuting the allegations of joblessness in Tripura made by the leader of opposition and CPI-M politburo member Manik Sarkar, the government spokesperson and information minister Sushanta Chowdhury said that the BJP-led government had so far recruited 11,500 youths in four years.

He alleged CPI-M has been spreading misinformation in public with an agenda to fish in troubled water after they were rejected by the people of Tripura because of its misrule, corruption and underdevelopment during 25 years of rule of the Left Front.

Since the job opportunity in the public sector is limited, the Tripura government is extending support to the youths to become self-reliant. “Sarkar might not know that BJP government in Tripura functions with the commitment of cent percent integrity and commitment towards the people.

The BJP-IPFT government inherited direct liabilities of Rs 12000 Cr and indirect financial burden of Rs 5000 Cr from left front government led by Manik Sarkar and created employment opportunities for a lakh of unemployed in spite of the multiple crises,” Chowdhury pointed out.

Castigating the role of Manik Sarkar led government, he alleged that during the left front regime Tripura was turned into a hub of unemployment and only the youths close to CPI-M leaders had been given jobs.

The CPI-M party offices, MLAs and ministers were selected and given jobs depriving the genuine candidates but, in four years of Biplab Kumar Deb government, not a single instance of such things was reported.