Nearly 100 women candidates and many of them first-timers — including a retired senior bureaucrat, Tollywood artistes and sportspersons — are likely to figure on the Trinamool Congress list, which Ms Banerjee is expected to announce very soon. 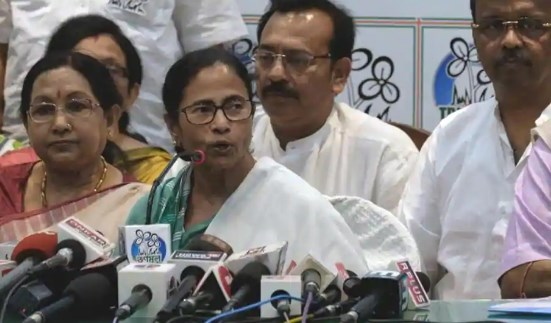 Kolkata: The ruling Trinamool Congress (TMC) led by West Bengal Chief Minister Mamata Banerjee is likely to give more than 40 per cent of her party nomination to women in the coming assembly elections in the state.

Nearly 100 women candidates and many of them first-timers — including a retired senior bureaucrat, Tollywood artistes and sportspersons — are likely to figure on the Trinamool Congress list, which Ms Banerjee is expected to announce very soon.

The biggest reason is that about 35 million female voters of Bengal can play a big role.

A female chief minister has been ruling the state for the past 10 years and she is well aware of the importance of female voters in elections.

“Trinamool has always given more representation to women. This time, we expect it will be more than 40 per cent of the total candidates. In other words, over 88 women,” a source said.

Several new Tollywood faces have recently joined the party, offering it multiple choices. Trinamool is also likely to give tickets to some prominent industry figures who have been working hard for the party behind the scenes, a senior TMC leader said.

The TMC supremo known for providing candidature to women from the gram panchayat to the country’s largest panchayat. She has tried very hard to strengthen this ‘vote bank’ by providing maternity childcare leave, besides various other schemes

Since the performance of her party was comparatively poor in the last Lok Sabha election, the chief minister launched a new wing of the TMC, the ‘Banga Janani Bahini’. Now the members of this female brigade go door-to-door to explain Mamata’s policies and also take to the streets as per the requirement.

The TMC is likely to axe several sitting MLAs from its candidate list, said sources. The party is planning to nominate more youths, women, and leaders with a clean image and acceptability in their area. The elderly MLAs with age above 80 are likely to be dropped. they said.

Apart from the performance of sitting MLAs in the last five years, their image, acceptability among voters, the reports submitted on every MLA by the Prashant Kishore-led I-PAC would also play a key role in candidate selection.

The election to the 294-member West Bengal assembly will be held in eight phases beginning March 27.