LNPRAC General Secretary Marcus M Thaiang said, said the decision to transfer the area to Assam has come at the cost of human rights violation and severe oppression of the people which has continued till date. 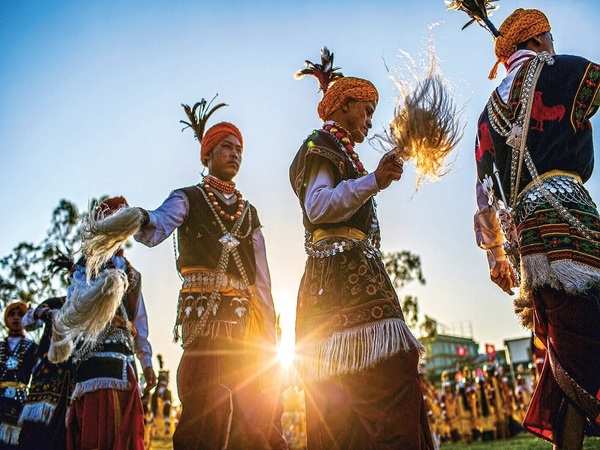 Shillong: Tribal Khasi-Pnar villagers from the disputed Block I area under the administrative control of Assam on Monday urged the Meghalaya government to denotify a 1951 notification through which Block I was transferred to Assam.

In a petition submitted to Deputy Chief Minister Prestone Tynsong, the villagers under the banner Labang Nanpyllut Pangam Raliang Area Committee (LNPRAC) said that the then Governor through the 1951 notification transferred the Block 1 area, which was a part of the erstwhile United Khasi-Jaintia Hills district, in an “arbitrary manner.”

“In an act that can be described as arbitrary, oppressive and unconstitutional the area known as Block 1 of the United Khasi and Jaintia Hills district were forcibly excluded and tagged with the then Mikir Hills Autonomous district council,” LNPRAC argued in its petition to the government.

LNPRAC General Secretary Marcus M Thaiang said, said the decision to transfer the area to Assam has come at the cost of human rights violation and severe oppression of the people which has continued till date.

“We have faced deprivation, threats, assaults and killings as well as criminal intimidation in all forms. The “historical act of oppression” must be rectified,” Thaiang said.

Noting that the Khasi-Jaintia land is “inalienable” to the identity of the people. The LNPRAC demanded that Block 1 be resolved with the transfer of the area under the administrative control of Meghalaya.

The residents of Block I and II have been meeting the government officials frequently as the second phase of the boundary dispute talks between Meghalaya and Assam would begin soon.

The second phase of border talks between Assam and Meghalaya began on August 21.

In the meeting between the chief ministers of Assam and Meghalaya – Himanta Biswa Sarma and Conrad Sangma – it was decided that three regional committees will be formed on each side to look into the six areas of differences.