Toy Train or DHR registers record earnings during May, 22

During this period, DHR managed to offer the highest ever daily seats of more than 1000 to meet tourist demand. 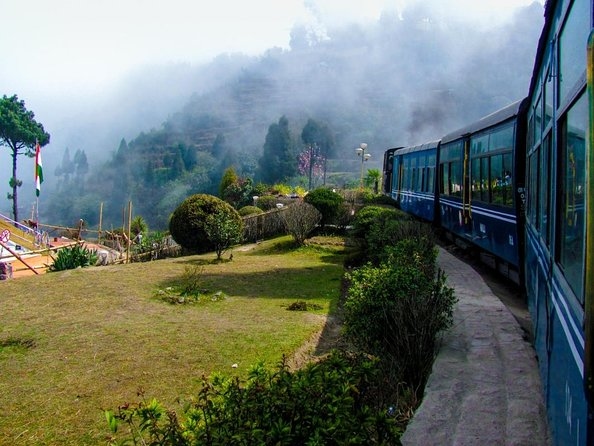 Darjeeling: The Darjeeling Himalayan Railway (DHR), fondly called as Toy Train, runs between New Jalpaiguri in the plains and Darjeeling Hills, atop 6000 ft high, has recorded remarkable earnings in May, for this financial year 2022-23, officials of the Northeast Frontier Railway revealed on Tuesday.

The two-foot gauge train, which shuttles about 80 km (160 km both ways) has recorded the highest ever monthly revenue generation of nearly Rs 3.20 crore against the expenditure of Rs 2.75 crore during May 2022, chief public relations officer Sabyasachi De said.

Till May 2022 this financial year, the DHR has earned more than Rs 4.73 crore while the annual expense was at around Rs 4.53 crore during this period.

The increased earning was achieved because of the introduction of more joyride services for the tourists visiting this eastern Himalaya.

Huge footfall during this peak season of tourist flow in the section and growth in the passenger traffic led to a rise in the earnings, De maintained.

The DHR, which was founded in 1879, is a UNESCO-approved heritage for its Victorian era of engineering marvels.

Among these, four Joy Ride services are pulled by steam locomotives while the other eight by diesel locomotives.

During this period, DHR managed to offer the highest ever daily seats of more than 1000 to meet tourist demand.

Several initiatives have also been taken for the promotion of DHR in the country and abroad. Darjeeling station is being upgraded with new features like heritage-type windows, Kanchenjunga viewpoint, etc.

Up gradation of Ghum station is also under process.