Iangrai, who is the commandant of Special Force or SF-10, had moved the anticipatory bail application before the High Court on November 1 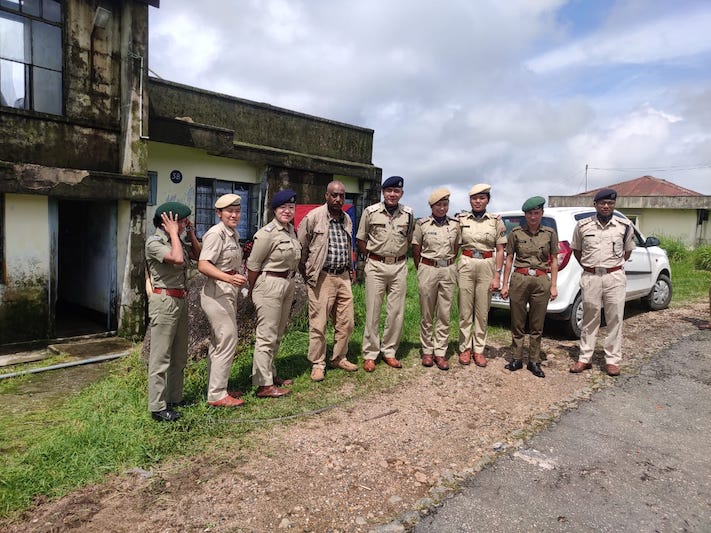 During the investigation of the same, simultaneous searches were conducted on the strength of the warrant issued by the Court of the Special Judge (PC Act), Shillong at the residential premises of Iangrai at Lumshyiap, Chanmari, Upper Golf Links, Shillong 1, Official Quarter at Golf Links, and Farm House at Rtiang, Umsning, Ri- Bhoi district.

“During the searches, many incriminating documents, cash and material objects were seized and Iangrai was arrested. Further investigation of the case continues,” Inspector General of Police (CID) O Pasi said.

“He diverted some of the fund into his personal account and submitted a falsified utilisation certificate of the project to the government,,” a senior police official said. The facility was being funded by the central government worth over Rs. 95 lakh.

The embezzlement of public funds of Rs. 35,35,793 by Iangrai was unearthed by a four-member team led by Deputy Inspector-General (Eastern Range) Davis Nestell R Marak during an inquiry into the construction of the NERS- PSAP building.

It was only after audit objections, Iangrai refunded Rs 26,85,389 back to the Official AIG (A) account on September 19, 2022, but the remaining balance amount of Rs 8,50,404 is still in the personal custody of langrai.

A PIL has been filed by a former diplomat Riewad Vicharwant Warjri and another citizen before the Meghalaya High Court against the police official for misusing public funds while purchasing the vehicles for the department.

On Wednesday, the government submitted a detailed affidavit and accompanying report on the matter to the High Court. The report appended to the affidavit filed by the Home Secretary to the State indicates appropriate steps having been taken thus far, including the service of a charge-sheet.

Kumar informed the Court that the delinquent has sought some documents and has been afforded time to file his written statement in response to the charge-sheet.

“It is hoped that the inquiry is conducted as expeditiously as possible and without affording undue latitude to either the Department or to the delinquent,” a division bench of the court comprised of Chief Justice Sanjib Banerjee and Justice Wanlura Diengdoh said.

The court also dropped the contempt proceedings instituted against the Home Secretary since the matter is being attended to by the State with the seriousness that it calls for.

“The rule is discharged and the Home Secretary is excused. It is hoped that the entire matter is monitored at the highest level to ensure that defalcated public funds are recovered and the culprit or culprits are brought to book,” the order stated.

The court has listed the next hearing on the matter on November 25 to ascertain the progress in both the departmental proceedings and in respect of the FIR that is said to have been lodged.

Meanwhile, the Meghalaya Lokayukta has summoned former DGP R Chandranathan and Iangrai for hearing on November 15 in connection with the purchase of 29 vehicles.