Conrad Sangma, said, "This is the biggest sporting event that the state has ever hosted and is a fitting event to be held during Meghalaya's 50th year of statehood." 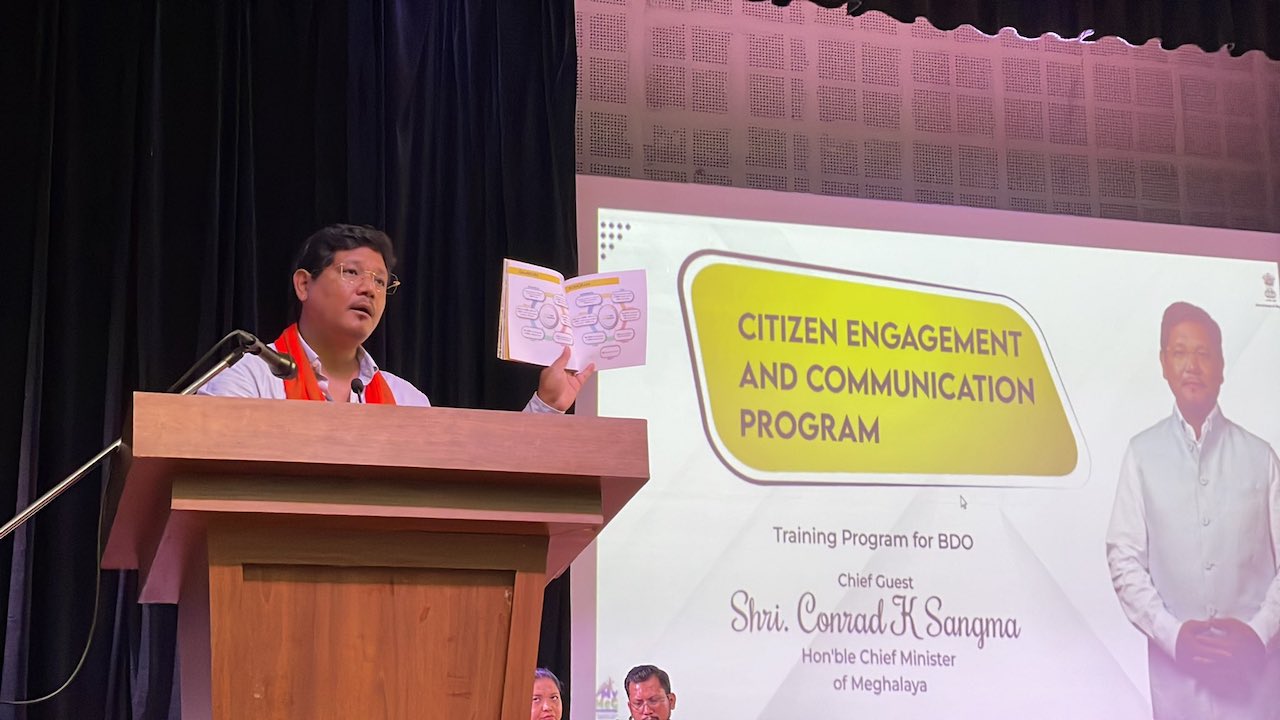 Shillong: The Meghalaya government has a target of getting a state athlete into the Olympic Games by 2032 and is going the extra mile in trying to make this dream a reality.

In a video message for the 2nd North East Olympic Games 2022, which Meghalaya will host this month, Chief Minister of Meghalaya, Conrad Sangma, said, “This is the biggest sporting event that the state has ever hosted and is a fitting event to be held during Meghalaya’s 50th year of statehood.”

Welcoming the 2,000-plus athletes from the North Eastern States who are set to descend on the state capital in the coming days, Sangma, who is also the Chief Patron for the Games, highlighted the added incentives that his government has initiated for successful athletes, to reward and encourage them towards greater glory, wherein gold medallists can earn tens of thousands of rupees for state tournaments up to Rs 75 lakh for those at the Olympic level.

“Over the last four and a half years, the Meghalaya Government has been carrying out wide changes to the way that sports is treated, with greater emphasis on recognising talented athletes for their accomplishments, increased budgetary allocation towards infrastructure, financial support for sports associations to conduct tournaments and send athletes for outside competitions, and systematic identification of talent,” he said.

Although the dream of a Meghalayan Olympian by 2032 is ambitious, the Chief Minister added, “it is necessary that everyone involved in sports dreams big and the Government of Meghalaya is here to facilitate all sportspersons in accomplishing their goals.”

On the ground, work is at full pace to ensure that the 2nd North East Olympic Games 2022, which will comprise 18 exciting disciplines, is held in a befitting manner.

On Wednesday, NEOG 2022 Co-Chairman and Commissioner and Secretary, Dr Vijay Kumar D, undertook an extensive inspection of the venues in Greater Shillong, accompanied by Secretary,

Some venues are being extensively upgraded, such as the MFA Turf in Polo Ground, where floodlights and temporary stands are being erected for the football events.

In addition, hundreds of enthusiastic young volunteers have been recruited by the Department of Sports and Youth Affairs to make the Games a success, with athlete registration, accommodation, transport and catering some of the other more behind-the-scenes, yet vital, areas that the State Government and Meghalaya State Olympic Association are working 24×7 on.