Too early to talk about elections after President’s assassination: Haiti envoy to US 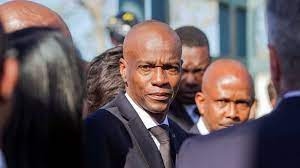 Washington: Haitian Ambassador to the United States Bocchit Edmond told Sputnik that it is too soon to talk about when presidential vote may take place after Haitian President Jovenel Moise was killed.

Haiti, one of the poorest countries in the world, has been experiencing social, political and constitutional crises, with protesters blaming Moise for targeted killings, widespread corruption and an economic collapse.

The opposition has said it believes Moise’s five-year-term should have ended in February 2021, five years after his predecessor Michel Martelly stepped down, but Moise insisted he had an additional year to serve, a position backed by the OAS.