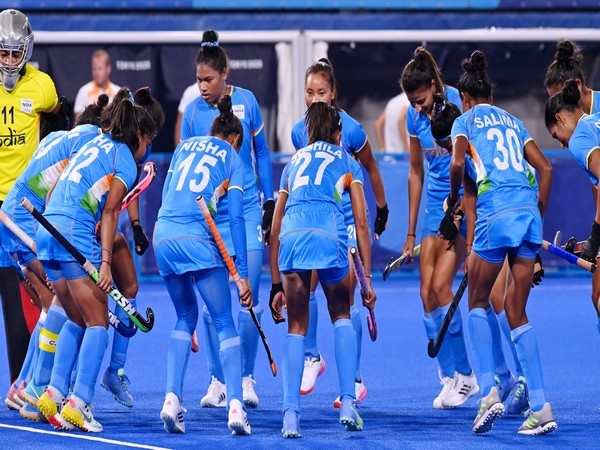 Tokyo: The Indian eve’s riding on Vandana Katariya’s hat-rick defeated South Africa in their last Pool A match of women’s hockey at the Tokyo Olympics here on Saturday.

India defeated South Africa 4-3 at the Oi Hockey Stadium in a must-win match if they hoped to progress to the quarter-finals with Vandana Katariya becoming the first Indian woman to score a hat-trick (4th,17th, and 49th minute) at the Olympics. Neha was the other goal scorer for India(32nd minute).

India’s chances of making it to the quarters will now depend upon the outcome of the last Pool A match between Ireland and Great Britain.

For India to move to the quarter-finals Ireland must either lose or draw against Great Britain. However, if Ireland wins it increase their points tally to six, equalling India’s, but will take the fourth spot from India because on goal difference.

With this win India moved to fourth position in the group standings with six points behind the Netherlands (12 points), Germany (12 points) and Great Britain (six points). Ireland are fifth with three points and South Africa last, having lost all their matches.

The top four teams from each of the two pools will advance to the quarter-finals.