Hundreds of athletes gathered in a nearly empty National Stadium to bid farewell to the largest global sporting event since the start of the pandemic early last year. 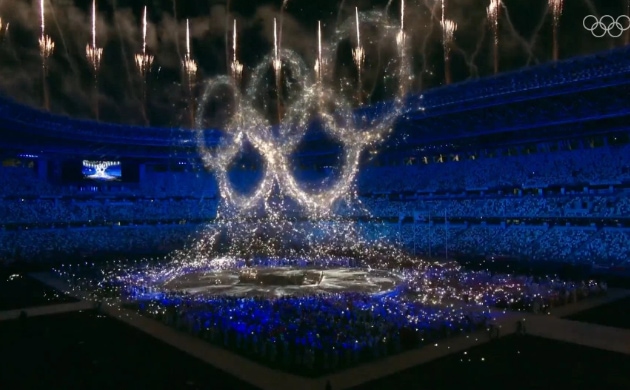 Tokyo: After 16 days of breathtaking moments, the spectacular Tokyo 2020 Olympic Games drew to a close on Sunday amid all the extraordinary restrictions and challenges brought about by the COVID-19 pandemic.

Hundreds of athletes gathered in a nearly empty National Stadium to bid farewell to the largest global sporting event since the start of the pandemic early last year.

International Olympic Committee chief Thomas Bach declared the Games closed after the French flag was raised inside Olympic Stadium for the transition to Paris 2024.

‘See you in Paris, thank you very much,’ IOC President Bach said.

The flame that was lit in Greece ahead of the unprecedented postponement of the games in March 2020 and burned in the sphere-shaped cauldron throughout the games was extinguished after a short performance in the stadium.

‘For the first time since the pandemic began, the entire world came together. Sport returned to centre stage. Billions of people around the globe were united by emotion, sharing moments of joy and inspiration. This gives us hope. This gives us faith in the future,’ said Bach in his speech.

The ceremony also included a ska band on a stage with people dancing, juggling and soccer players moving around an elevated stage in the center of the stadium.

Medals for the marathon were presented – an Olympic tradition – followed by traditional Japanese dances inside the stadium and on the videoboard.

An opera singer performed during the International Olympic Committee anthem, then the transition to Paris 2024 that included a flyover in front of thousands of fans in front of the Eiffel Tower.

Earlier, the Olympic flag that was raised at the 68,000-seat stadium during the opening ceremony was lowered.

Tokyo Governor Yuriko Koike handed it to Bach, who in turn passed it to Paris Mayor Anne Hidalgo, handing the baton to the host city of the next Summer Games in 2024.

The United States topped the gold medal standings, followed by China. The US collected 39 golds, with 11 won in swimming. China claimed 38, including seven in weightlifting and seven in diving.

Hosts Japan, which finished third, had its best overall Olympic performance ever with a record 58 medals, including its most gold with 27.

Since opening on July 23, about 11,000 athletes from over 200 countries and regions competed in Tokyo and some other parts of Japan while following anti-virus rules, which included taking daily COVID-19 tests and limiting their movements largely to venues and the Olympic village.

The Tokyo Olympics featured 33 sports made up of 339 medal events, with karate, surfing, skateboarding and sport climbing making their debuts.